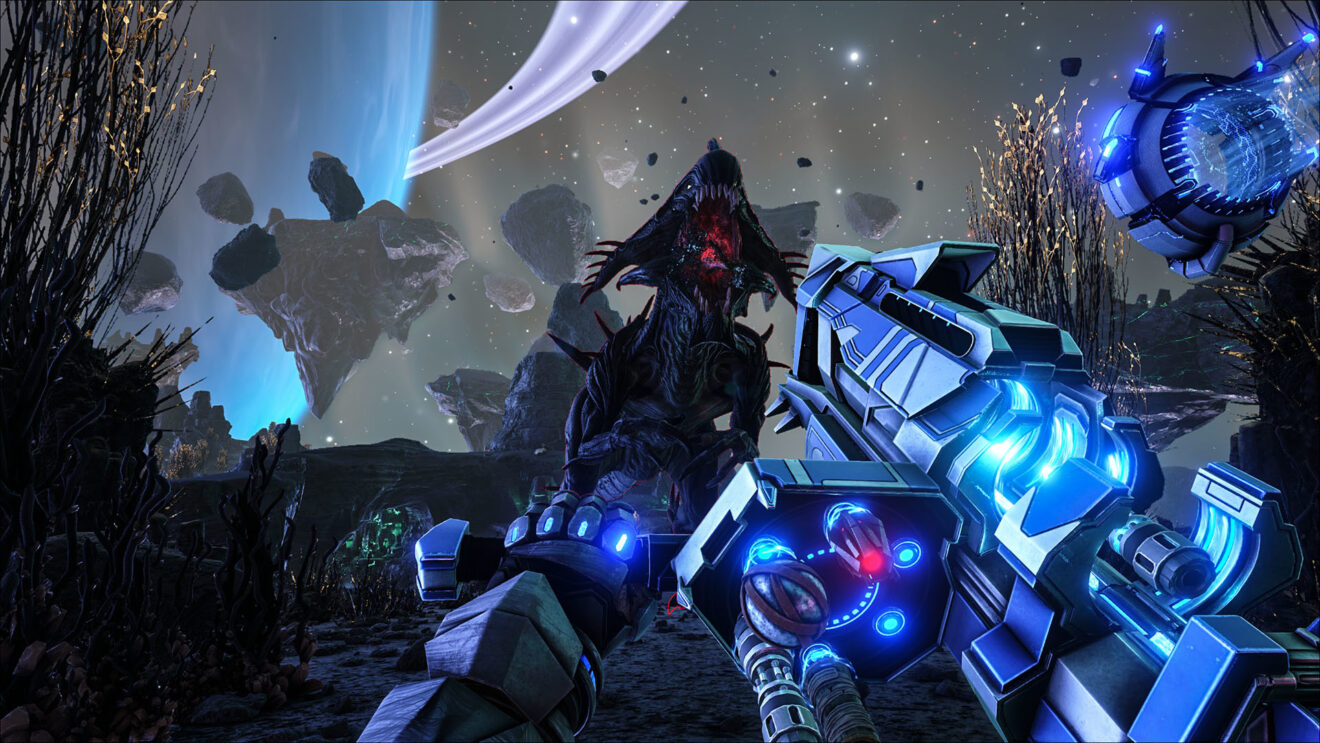 Ark: Survival Evolved’s Genesis Part 2 expansion will arrive this week alongside an Ultimate Survivor Edition of the game.

Ark: Genesis Part 2 will offer a narrative bridge between Ark and its upcoming sequel, Ark II, and introduces a new world full of biomes, missions, and creatures. Players can look forward to security cameras for their bases, the skateboard-like Hoversail, new brain-controlling creatures called Noglins, and more.

The expansion also tells the story of the final confrontation between the villainous Sir Edmund Rockwell, who is voiced by David Tennant (Doctor Who), and robotic companion AI HLN-A/Helen Walker, voiced by Madeleine Madden (The Wheel of Time).

As mentioned above, arriving on the same day is the Ultimate Survivor Edition of Ark: Survival Evolved. This new edition of the game will be available on PlayStation 4, Xbox One, and PC for $59.99 and bundles the base game with the Scorched Earth, Aberration, Extinction, and Genesis Parts 1 and 2 expansions.