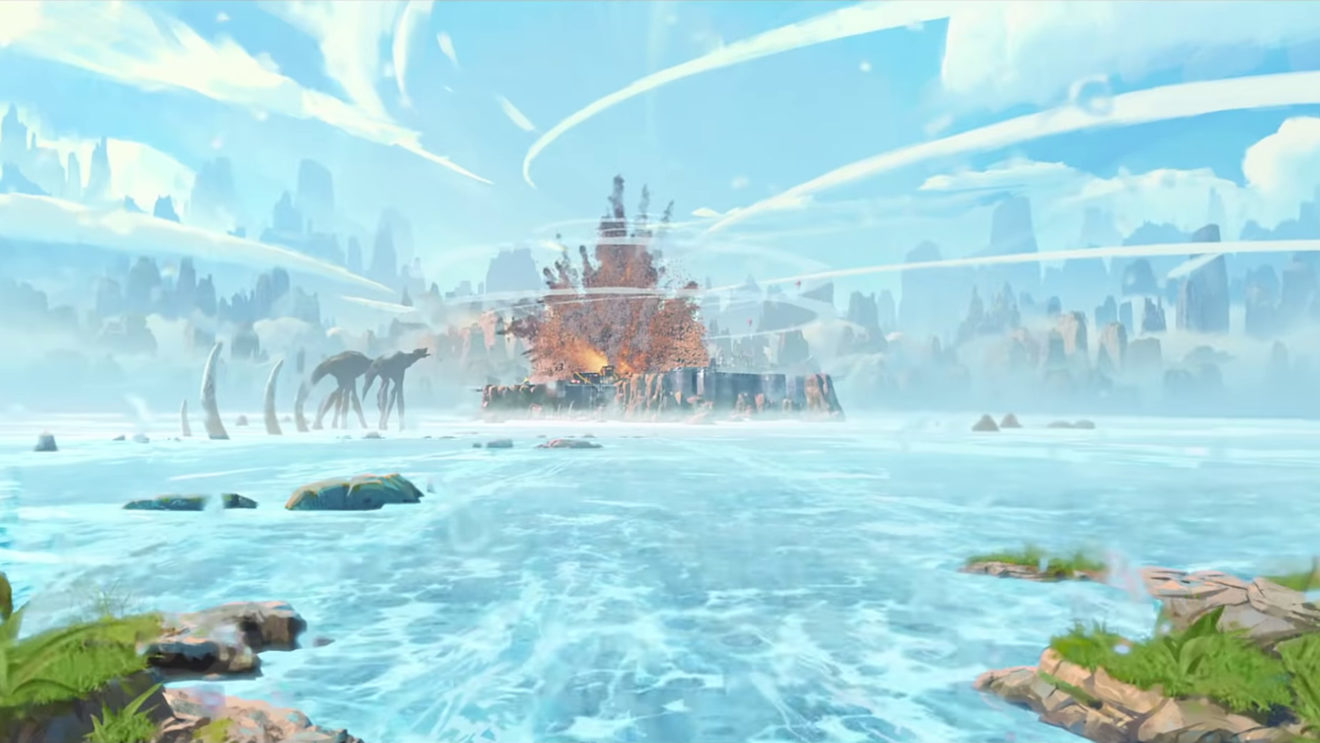 Apex Legends is getting ready to kick off its eighth season in a little over a week, and that means it’s time for a launch trailer.

As you might expect, this next teaser for Respwan’s battle royale places a lot of focus on the recently revealed new legend, Fuse, an Australian from the planet of Salvo who favors big explosions. We see his arrival at Kings Canyon go horribly wrong, when Mags, (his old frenemy from Salvo, as seen in the story trailer) takes control and starts to fire on spectators.

Fuse manages to disable the ship, but Mags still blows up a huge chunk of Kings Canyon in the process. This, it would appear, doesn’t really endear him to the other legends.

EA already announced that Kings Canyon would be getting a new, “obliterated” makeover this season, but the trailer gives a much clearer indication of how that might look. The area around Artillery Battery appears completely destroyed, with Fuse’s crashed ship serving as a new point of interest. Based on the explosions on the island’s northern cliffs, it may be that the map is actually getting bigger, too.

We also get to see some of Fuse’s abilities in action. It appears his standard ability will be a wrist-mounted grenade launcher. In the trailer, he detonates the projectile in mid-air by shooting it, so that may be how it works in game as well. We still haven’t seen his ultimate in action, but it’s probably a safe bet that’s the rocket launcher he’s holding in the key art for the season.

Apex Legends Season 8: Mayhem launches on February 2nd. The game is available on PlayStation 4, Xbox One, and Windows PC, with plans for a 2021 Nintendo Switch launch and a 2022 debut on iOS and Android.