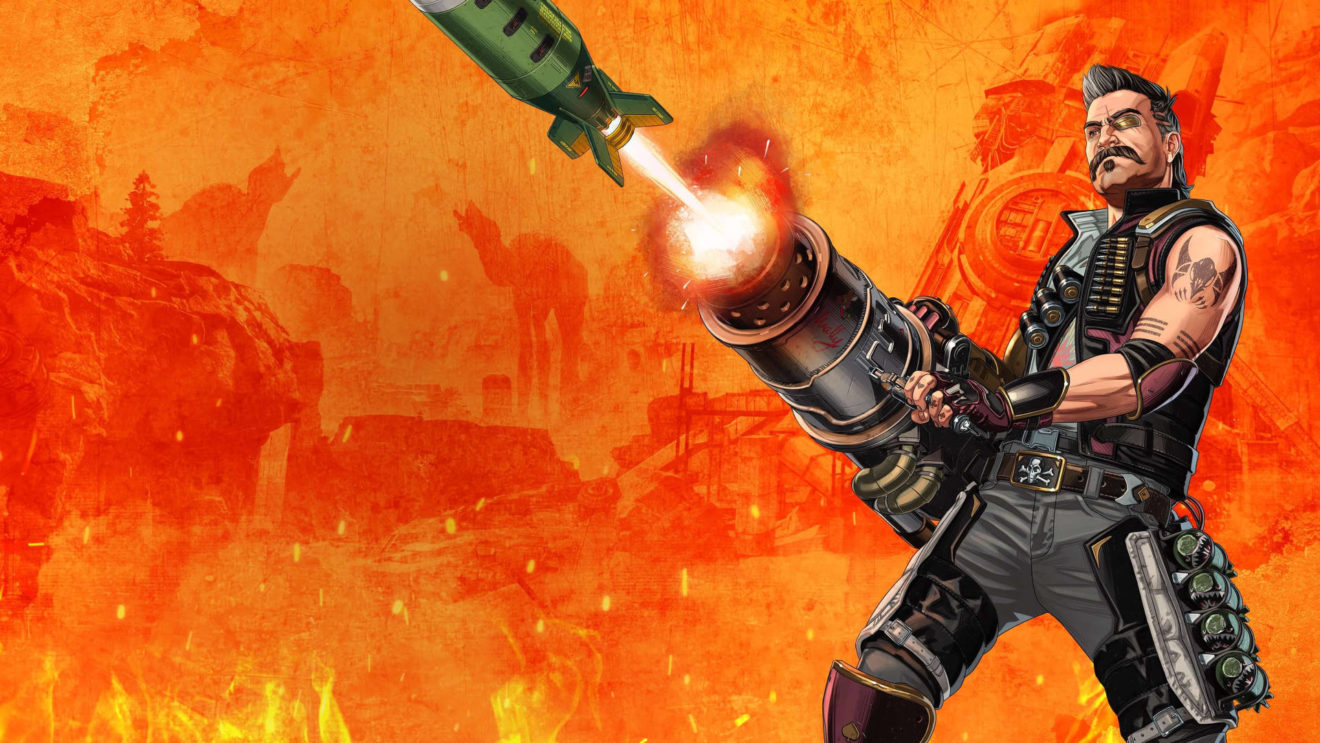 Respawn Entertainment has bombarded Apex Legends fans today with a variety of details on the game’s 8th season.

The biggest addition in any season is of course the new Legend, and this time, it’s a bombastic man named Fuse. “Fuse doesn’t lack confidence, but he often lacks a plan. He’s a blow-up-first ask-questions-later kinda guy,” says the official page for Season 8.

Fuse’s entry into the games seems to come with something of an emotional, mental, and definitely physical price, according to the latest Stories from the Outland. What exact abilities Fuse brings with him, however, remain to be seen.

While a new Legend is great, what’s a new season with a new weapon? (Okay, yes, I know: it’s Season 1, 5, or 7.) The new firearm for Season 8 is the 30-30 Repeater, a type of rifle that was never part of either Titanfall or Titanfall 2 (unlike a majority of Apex Legends‘ weapons).

The description for the 30-30 Repeater reads “Salvo’s most popular weapon, this lever-action rifle picks apart the opposition with hard-hitting rounds.” Could that possible mean this will be a heavy ammo-based gun?

From there, we get one very interesting final teased: the words “Obliterated Kings Canyon.” Yes, as if Apex Legends‘ original map hasn’t suffered enough, the official page explains that “Fuse’s entrance has dramatically reshaped Kings Canyon.”