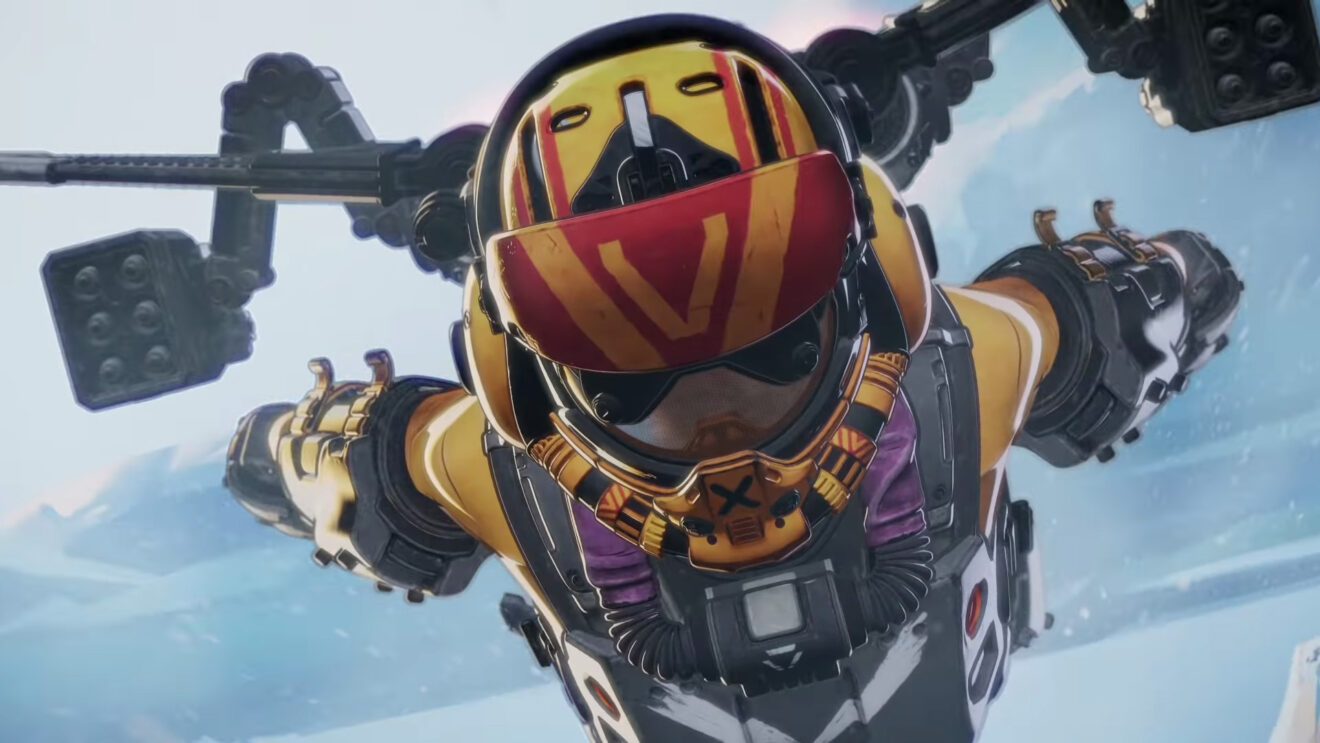 Apex Legends‘ next season, Legacy, is just a week away, and Respawn is showing off some of the goodies we can expect in a new cinematic launch trailer.

While we already knew the basics of what’s coming—the new Legend Valkyrie, a new bow weapon, Arena mode, and an updated Olympus map—seeing it all in action is a very different thing.

First up, Valkyrie. Judging by the trailer, she can fly. Just straight-up fly. So that’s going to be a ton of fun to deal with. She’s also got a rocket barrage that looks very reminiscent of Pharah’s Ultimate in Overwatch, though according to previous leaks that’s not even Valk’s Ultimate—it’s her Tactical. Assuming that’s still accurate, she’ll also be launch her entire team skyward to get out of sticky situations. Needless to say, she’s going to have a huge impact on how fights play out.

We also get a chance to see the new bow in action, and a good few shots of the reworked Olympus map. Part of it is now covered in snow, while another part—what looks to be the current location of Hammond Labs, is full of flashy, neon city vibes. There also appears to be a Mirage Voyage parked there.

Plus, Octane briefly wall-runs! No clue if that’s just for dramatic effect in the trailer or if he’s getting that ability via a rework.

Finally, there are some references to the new Arena game mode, which is being orchestrated by Titanfall 2‘s Ash. But it’s not exactly clear what the mode will look like or how it will play out. A full gameplay reveal is coming next week, April 26th.