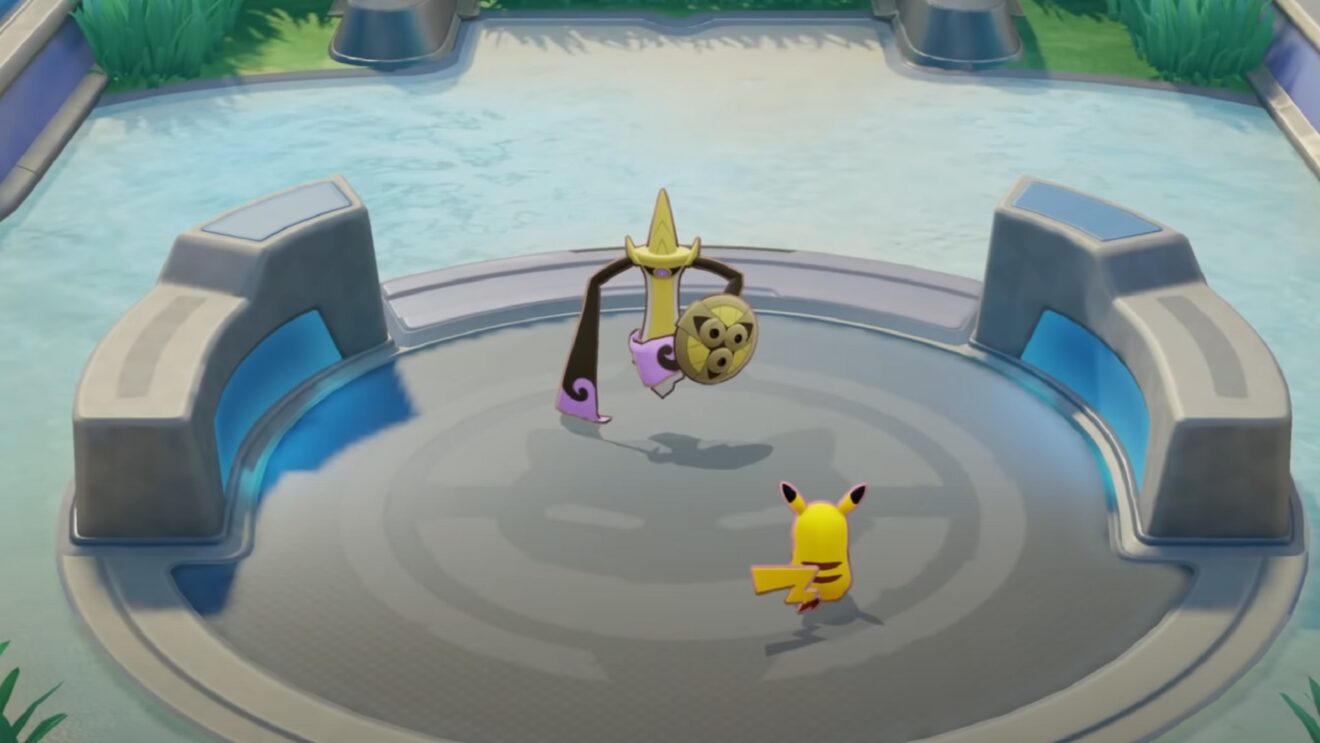 The Pokémon Company has revealed that Aegislash will be the next Pokémon joining the Pokemon Unite roster.

Aegislash is a Steel/Ghost-type Pokémon that first debuted in Generation VI. In the trailer below, we see the Pokémon making use of its two forms to both attack and block incoming damage.

The melee All-Rounder will be playable in the game starting February 10th.

In other news, The Pokémon Company recently released the fifth Battle Pass for the MOBA. This latest pass has a Wild West theme and contains new Holowear and Trainer gear for players to use.