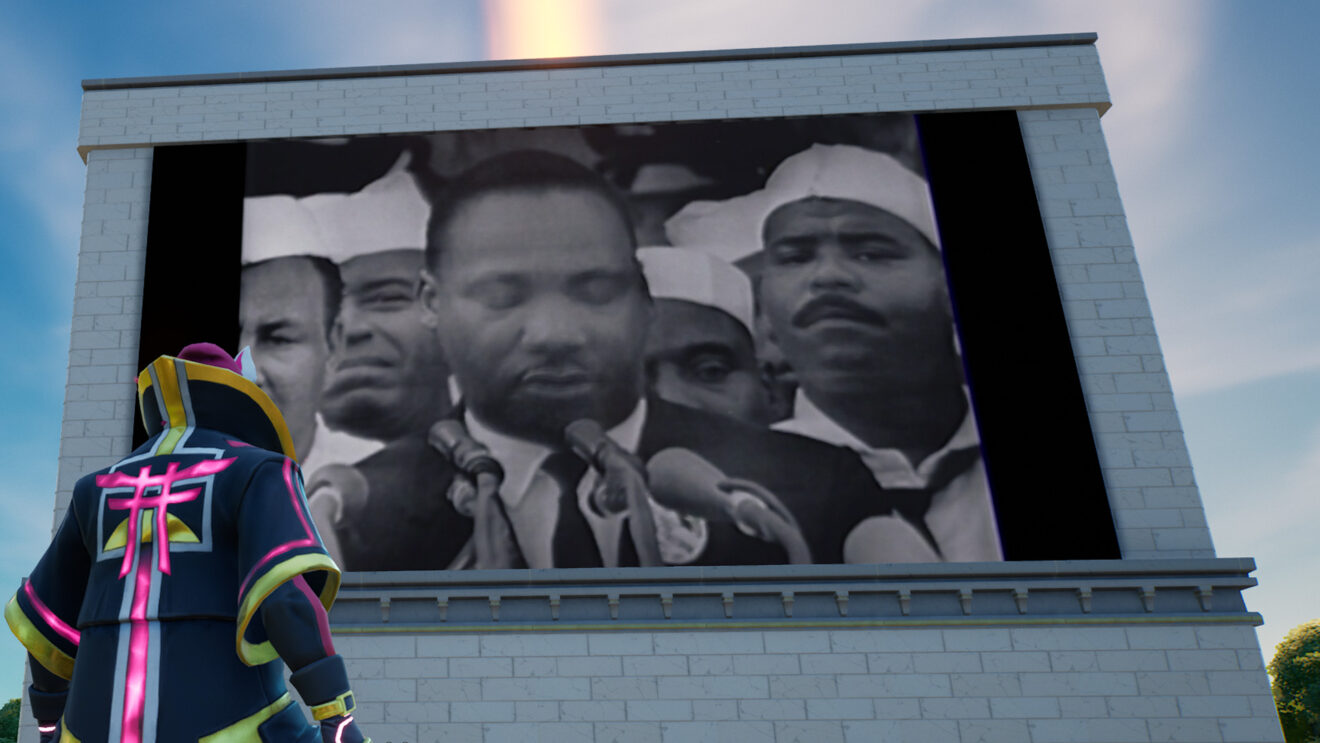 You can now see Martin Luther King, Jr.’s ‘I Have a Dream’ speech in Fortnite

March Through Time lets players tour a reimagined version of Washington, D.C. in 1963, specifically the Lincoln Memorial and National Mall where King delivered the 17-minute speech on August 28th of that year. Community members ChaseJackman, GQuanoe, XWDFr, and YU7A collaborated to recreate the setting, and King’s speech can be viewed on in-game screens throughout the event. The event is based on TIME’s The March, which recreated the 1963 March on Washington in virtual reality.

“The mission of this project is to introduce the legacy of Dr. King and other civil rights heroes to the next generation,” executive producers Tomi Omololu-Lange and Matthew O’Rourke said in a statement on TIME’s website. “We wanted to reach kids where they were and create inspirational content as interactive and engaging as what they have become accustomed to. With Fortnite‘s unprecedented scale and unparalleled immersive capabilities, we knew their platform would allow for the most significant impact.”

Epic also added “museum-inspired points of interest” as well as quests that players can work together to complete and unlock an exclusive “D.C. ’63” spray.