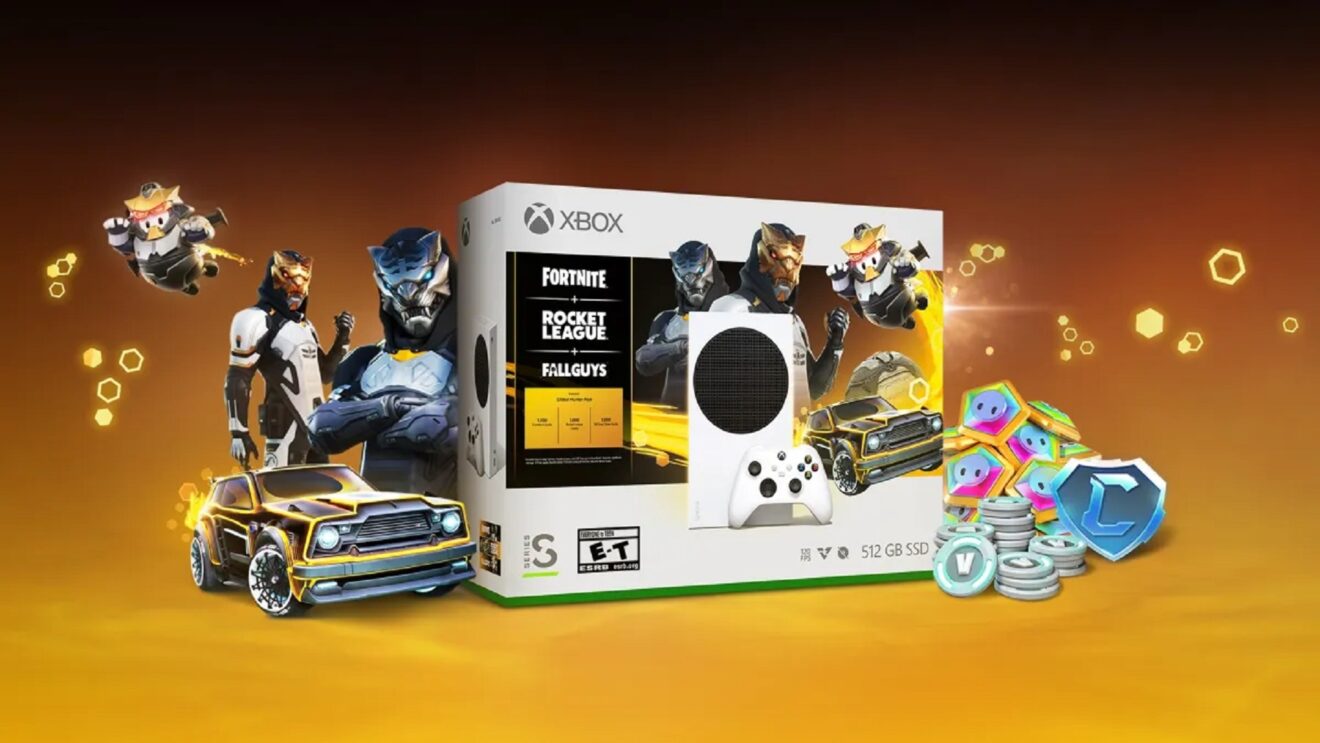 This bundle is priced at $299 and contains cosmetics and virtual currency for Fortnite, Rocket League, and Fall Guys.