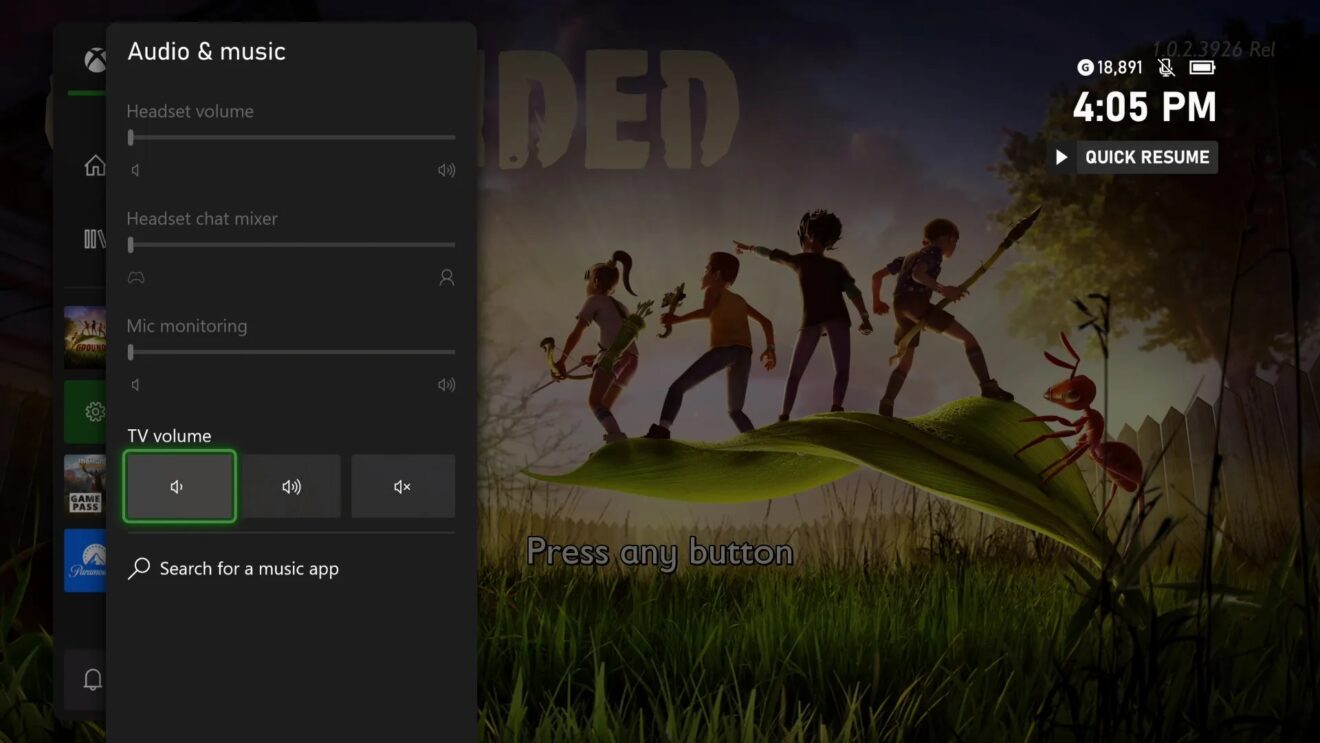 Microsoft has pushed the October system software update live for Xbox Series X/S and Xbox One.

As part of this update, players can now control the volume of their television via Xbox Series X/S through an HDMI feature called Consumer Electronics Control (CEC). The new TV volume option can be found in the Audio & Music section of the guide.

Another change in the October update is an adjustment to the names of the Xbox power modes. “Standby” is now “Sleep” and “Energy saver” now goes by the title “Shutdown (energy saving).”

Other October changes include an easy way to select an Xbox as the home console during setup, a name change for Xbox passkeys and guest keys to Xbox PINs, and a controller firmware update.