Xbox Games with Gold for May revealed

Microsoft has revealed the four games that Xbox Live Gold members will be getting next month.

Starting with Xbox Series X/S and Xbox One, Gold members can claim fairytale board game Armello from May 1st through May 31st. Additionally, dungeon-building real-time strategy game Dungeons 3 will be available for free starting May 16th until June 15th.

While over on Xbox 360, Gold members are getting Lego Batman from May 1st until May 15th and Kalypso’s city-builder Tropico 4 from May 16th through May 31st. As usual, both of these games are also available to Gold members on Xbox Series X/S and Xbox One thanks to backward compatibility. 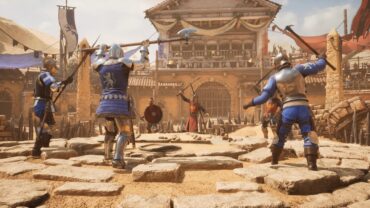