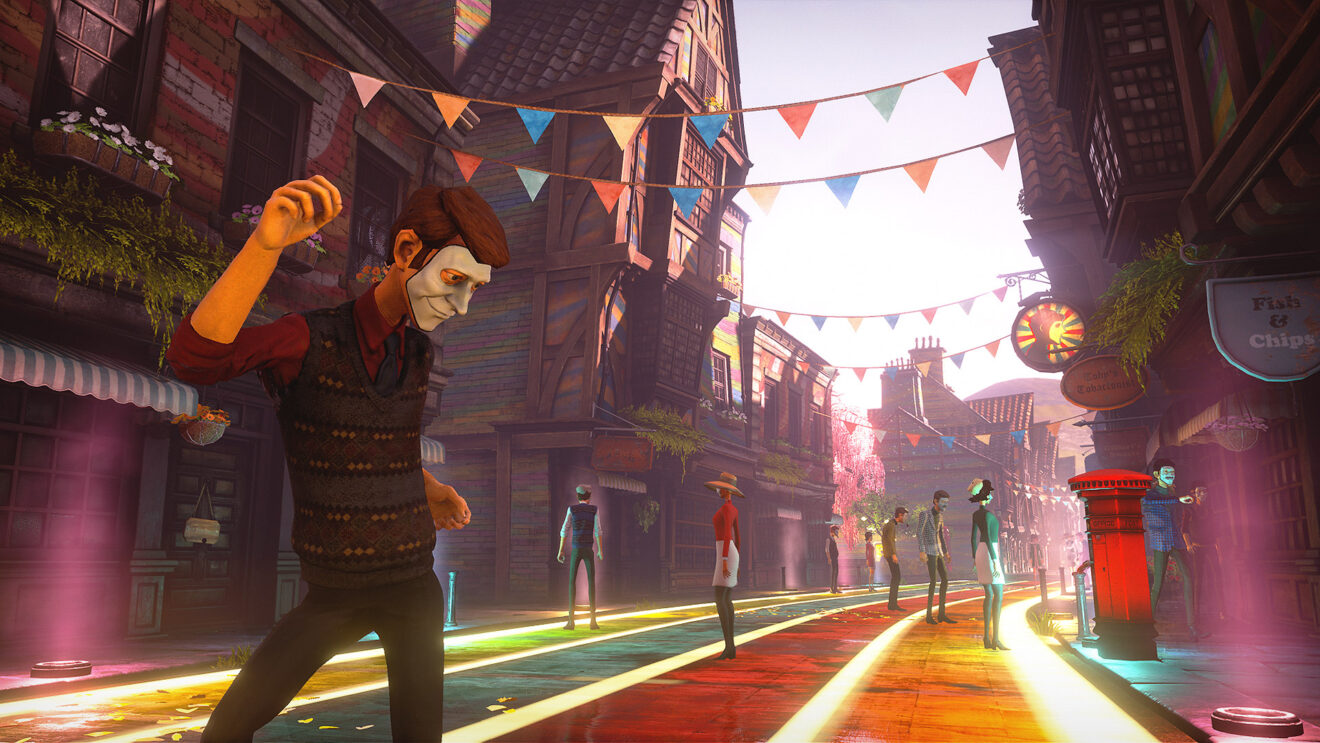 Details about unannounced Xbox exclusives from Compulsion and Obsidian have emerged in a new report from Windows Central’s Jez Corden.

According to the report, We Happy Few developer Compulsion is working on a new single-player experience currently codenamed “Midnight.” The game features fantasy elements like magic and mythical creatures with a “coming of age” story with a “southern gothic” vibe inspired by the United States’ deep south.

Concept art published in the report allegedly shows the game’s protagonist, a young African-American woman with what appears to be a staff. A humanoid creature that resembles a harpy is seen, as well as what’s purportedly a harpy nest. Corden states that an official reveal and perhaps even launch is probably coming “in the next couple of years.”

Obsidian’s other game, besides the previously revealed Avowed, is currently code-named “Pentiment,” defined as an “underlying image in a painting, especially one that has become visible when the top layer of paint has turned transparent with age.” The report states that the team developing the game at Obsidian consists of around 12 people, and has a much stronger focus on narrative than combat, though it is described as an “RPG.”

According to Venture Beat’s Jeff Grubb, Fallout: New Vegas and Pillars of Eternity director Josh Sawyer is leading development on this unannounced title, which “takes cues” from Disco Elysium, with branching narratives and an investigation component to the gameplay. Obsidian is looking to launch the game in 2022.

We’ll hopefully hear more about these games—as well as previously announced Xbox exclusives like Fable and Perfect Dark—sooner rather than later. Geoff Keighley recently stated that he expects to feature up to 50 games at the 2021 Game Awards in “some way or another,” so there’s a good chance we’ll see more from Xbox on December 9th.