For the next generation of video game consoles, Sony and Microsoft are poised to walk down very different roads. For Sony, the future is moving on from the PlayStation 4, and putting the company’s full effort behind crafting games meant specifically to run on the PlayStation 5.

For Microsoft, the future is one where owners of an Xbox One can also come along for the ride.

At least for the new hardware’s first year, Microsoft has committed to making all first-party Xbox Series X games also run on the various flavors of Xbox One. While this is great for those who want to play the latest and greatest, but who might not have the money to upgrade to a next-gen console, some have worried that that strategy might mean Microsoft’s games will be held back from making full use of the power and potential the Xbox Series X offers.

“Frankly, held back is a meme that gets created by people who are too caught up in device competition,” Microsoft executive vice president of gaming and Xbox chief Phil Spencer tells Gamesindustry.biz in a new interview.

“Yes, every developer is going to find a line and say that this is the hardware that I am going to support, but the diversity of hardware choice in PC has not held back the highest fidelity PC games on the market. The highest fidelity PC games rival anything that anybody has ever seen in video games. So this idea that developers don’t know how to build games, or game engines, or ecosystems, that work across a set of hardware… there’s a proof point in PC that shows that’s not the case.”

Spencer went on to say that one of the big parts to making Microsoft’s cross-generation development goals work is putting “controls into the hands of the player.” That entails, for example, letting you make decisions on which aspect of a game to focus on when played on less powerful hardware, such as if a higher frame rate is the main priority, or if visual fidelity it what you care about more.

The question still remains, however, how a lack of next-gen features like an SSD might affect the way games can be built in the first place. Will that be a factor, or will the teams behind the first crop of cross-gen Xbox exclusives figure out how to tap into the true power of the Xbox Series X will also not leaving behind older Xbox owners?

For a lot more thoughts from Spencer and other developers on that question, check out Gamesindustry.biz’s full article on if Xbox Series X games are being held back. 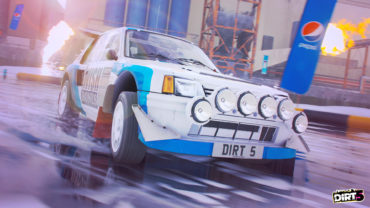