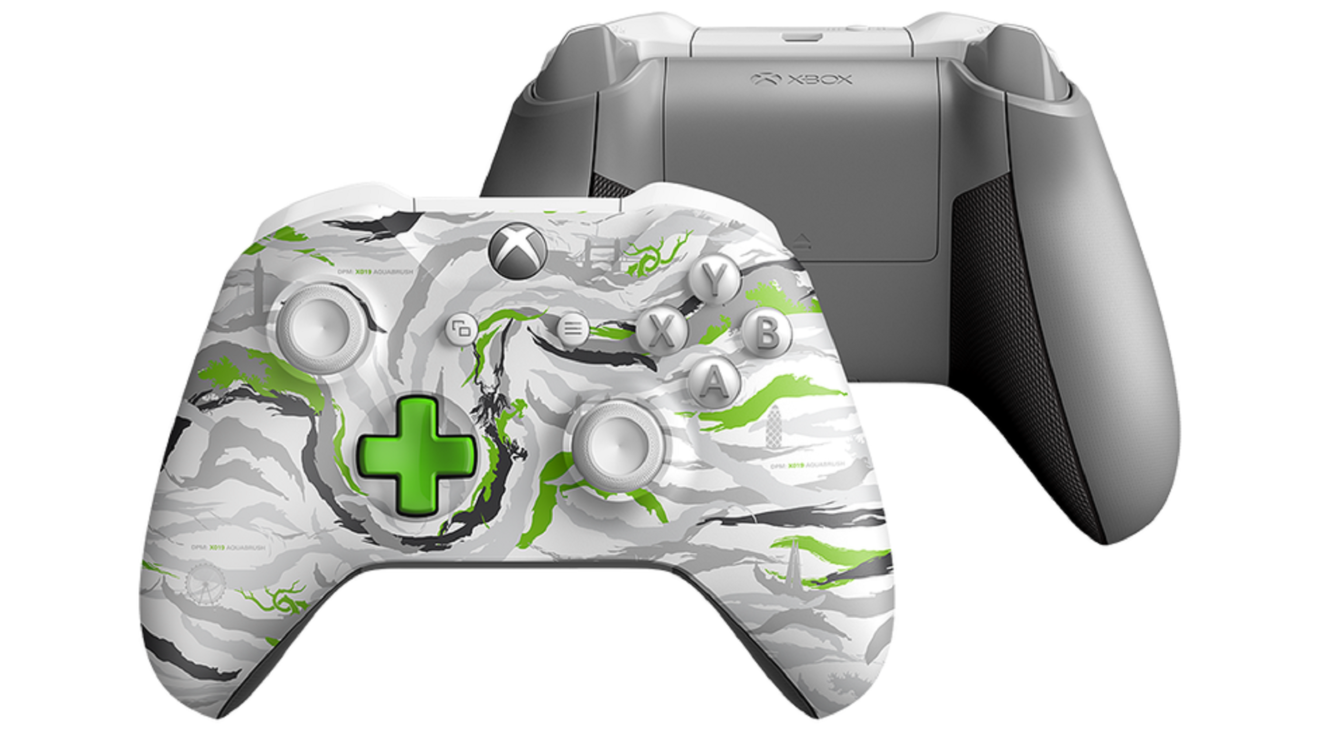 Microsoft has announced a collaboration with DPM Studio for a new wireless controller design.

The Xbox Wireless Controller – DPM X019 Exclusive is limited to just 1,000 units and features the “Aquabrush” print. The controller will be available from the Microsoft Store online in the U.S., Canada, and several European countries from November 14th at 2 p.m. PT for $99.99. The controller will also be available in “very limited quantities” each day of X019 and from the Microsoft Store in London on November 14th.

“As with all Xbox Wireless Controllers, the Xbox Wireless Controller – DPM X019 Exclusive is compatible with all Xbox One consoles and includes fan-favorite features such as a 3.5mm stereo headset jack, rubberized diamond grip, and Bluetooth technology for playing your favorite games across multiple devices,” Microsoft adds. “You can also take advantage of the custom button-mapping feature through the Xbox Accessories app to customize your controller just the way you like it.”

Microsoft also announced that it is teaming with Meta Threads and PinUSA to bring the Aquabrush camouflage design to several new apparel options, including shirts and a bomber jacket. These items will be available to purchase online from November 14th and during X019.