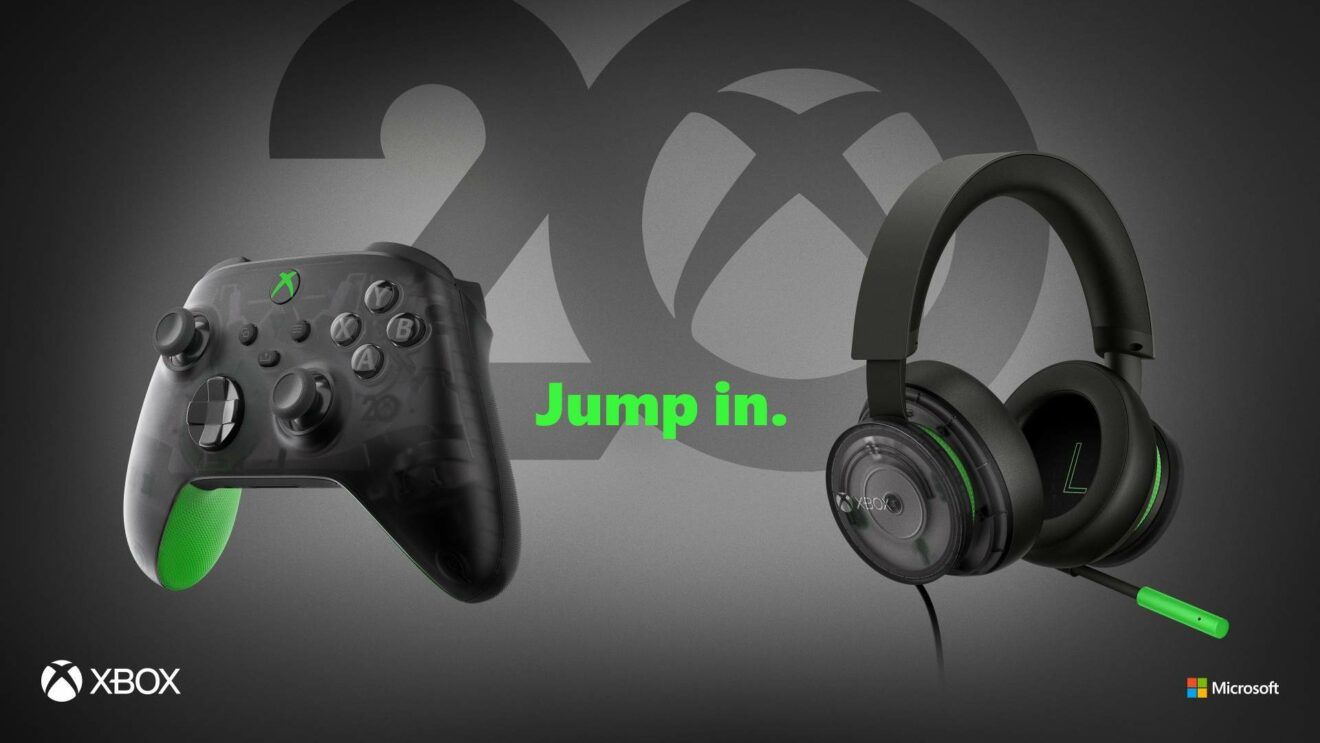 Microsoft is celebrating 20 years of Xbox with a special edition wireless controller and headset.

The controller “is a fresh spin on the translucent green of the original Xbox Debug kit,” according to Microsoft, and features a translucent black finish with silver internals, green back grips, and a green Xbox button. As an added bonus, the controller will unlock an exclusive 20th Anniversary dynamic background when paired with an Xbox Series X/S.

The 20th Anniversary Special Edition Xbox Stereo Headset will be available on the same day as the controller for $69.99. Both the controller and headset are available to preorder now from the Microsoft Store and other retailers in select Xbox markets.