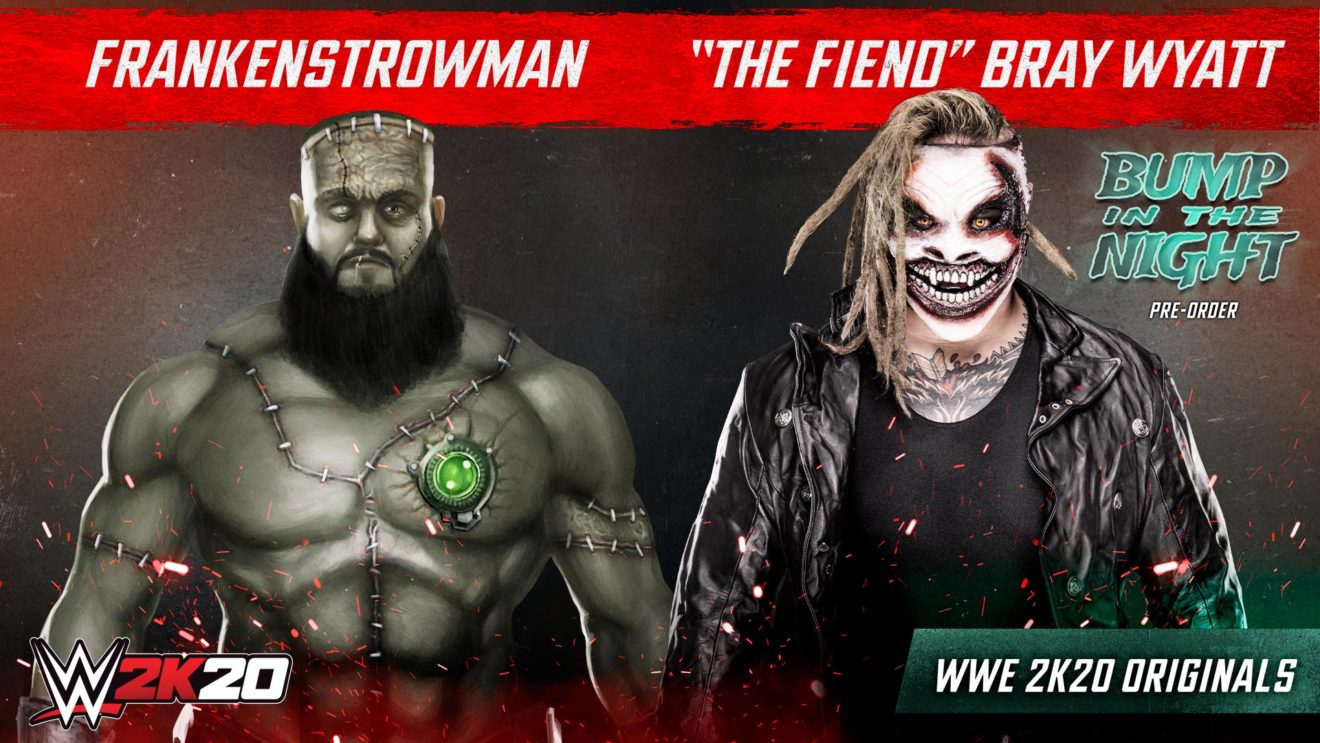 2K has announced that the first WWE 2K20 Originals Pack will introduce Bray Wyatt’s The Fiend as a playable character.

Originals were first mentioned when WWE 2K20 was announced earlier this month and are themed content packs that will introduce new realms for players to explore. The first of these packs will be Bump in the Night and includes new playable characters, new Towers, new arenas, and more.

At the center of Bump in the Night is a new 2K Showcase that follows  Finn Bálor as he fights in a series of matches against Bray Wyatt’s family at his compound. This alternate “Swampfather” version of Wyatt is attempting to recruit Finn’s Demon persona into his family.

Bump in the Night is priced at $14.99. However, players who preorder the game will be able to access this first DLC for free. The game’s Deluxe and Collector’s Editions include access to all four planned Original packs.