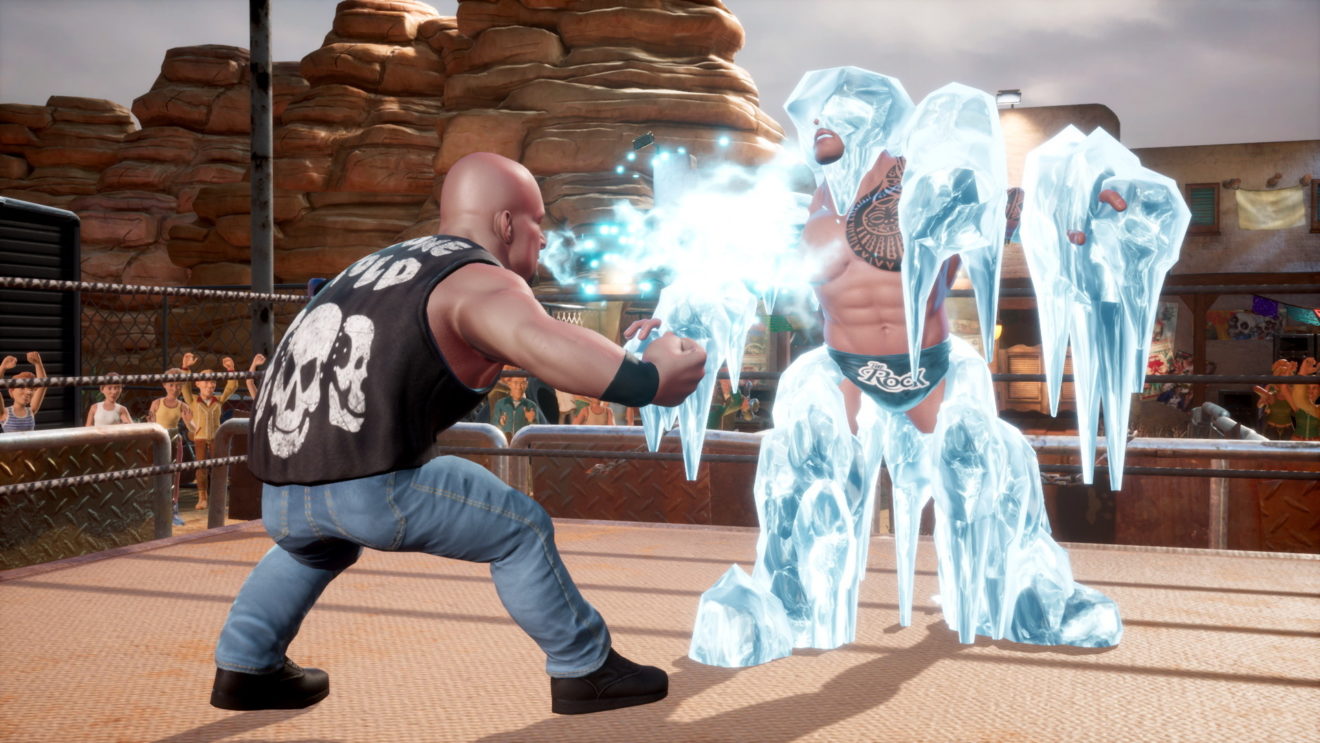 A new trailer has been released for multiplayer arcade experience WWE 2K Battlegrounds that offers an overview of its game modes.

First up is the campaign, which lets players take control of one of seven newly created Superstars as they travel around the world battling WWE Superstars to complete challenges and unlock new characters, power-ups, and items. The story is told through a comic art style and features Paul Heyman and Stone Cold Steve Austin.

There are also time-limited Online Tournaments, Battleground Challenge Mode, and King of the Battleground, which sees players taking on up to seven other players online in a series of 1v1 matches to see who can survive the longest.