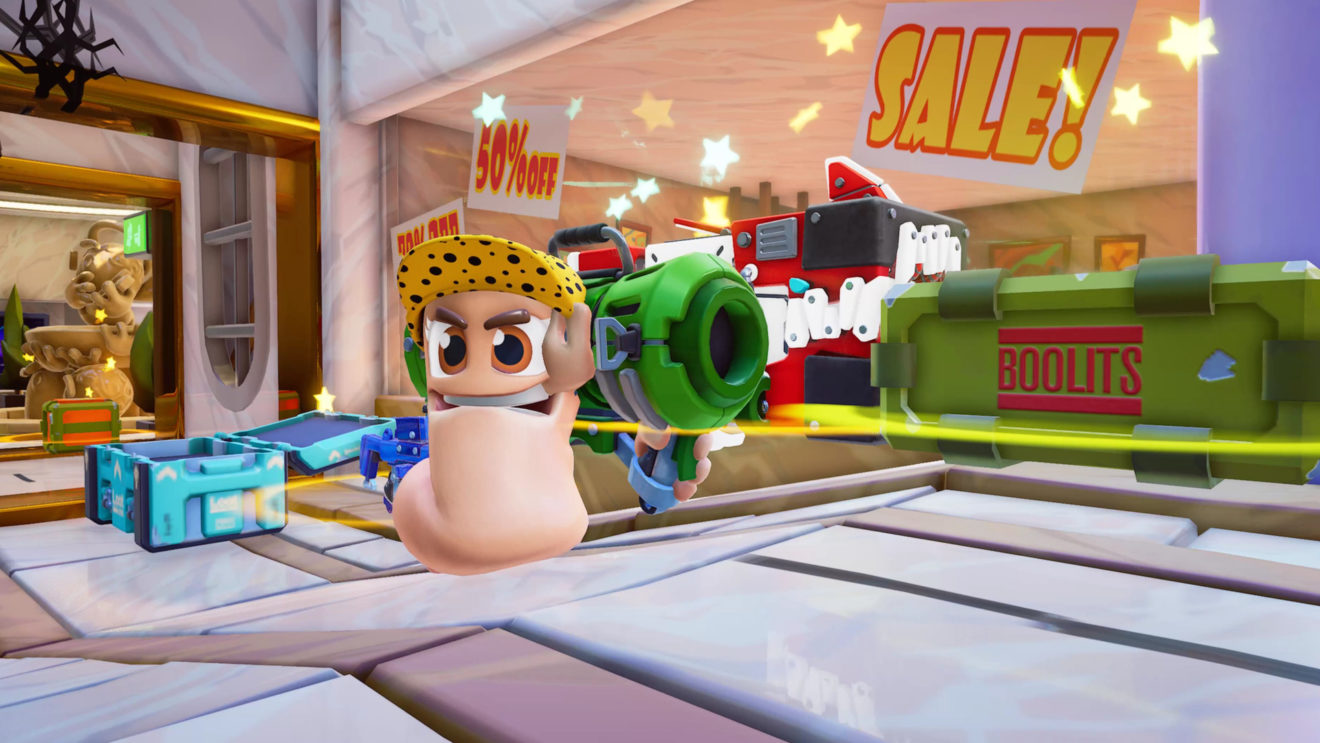 To accompany the release, a new arena has been added to the game on all platforms. Spaceport Showdown introduces a new, randomly generated low gravity mechanic that will slow the action down. Get a brief look at the new map in the trailer below:

Team17 also revealed that Xbox players will get the exclusive Series Green Hoodie for their Worm, while Switch players get the Patchwork Bear outfit.