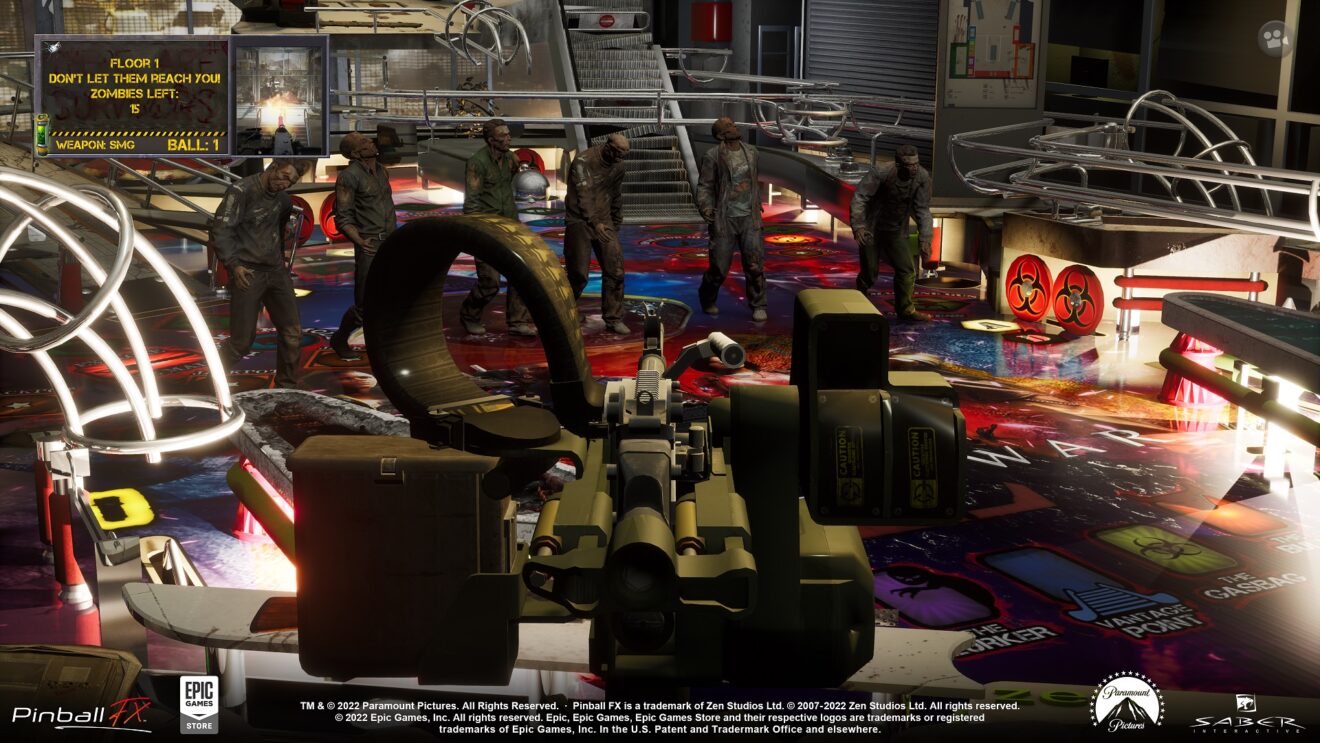 Zen Studios has announced that World War Z Pinball is coming to Pinball FX on April 21st as both a standalone table and through the Pinball Pass.

On this table, players will be helping a group of survivors escape from a mall during the zombie apocalypse. “Use your pinball skills to help them survive, set up defenses, search for supplies, and loot equipment while trying to defeat hordes of zombies,” the description adds.

The table lets players set up defenses and collect weapons, explore the mall to collect ammo and traps, use the auto turret to blast enemies, and move between floors using the escalator. Additionally, players can take on Special enemies like the Bull, the Gasbag, and more as 3D characters on the playfield.