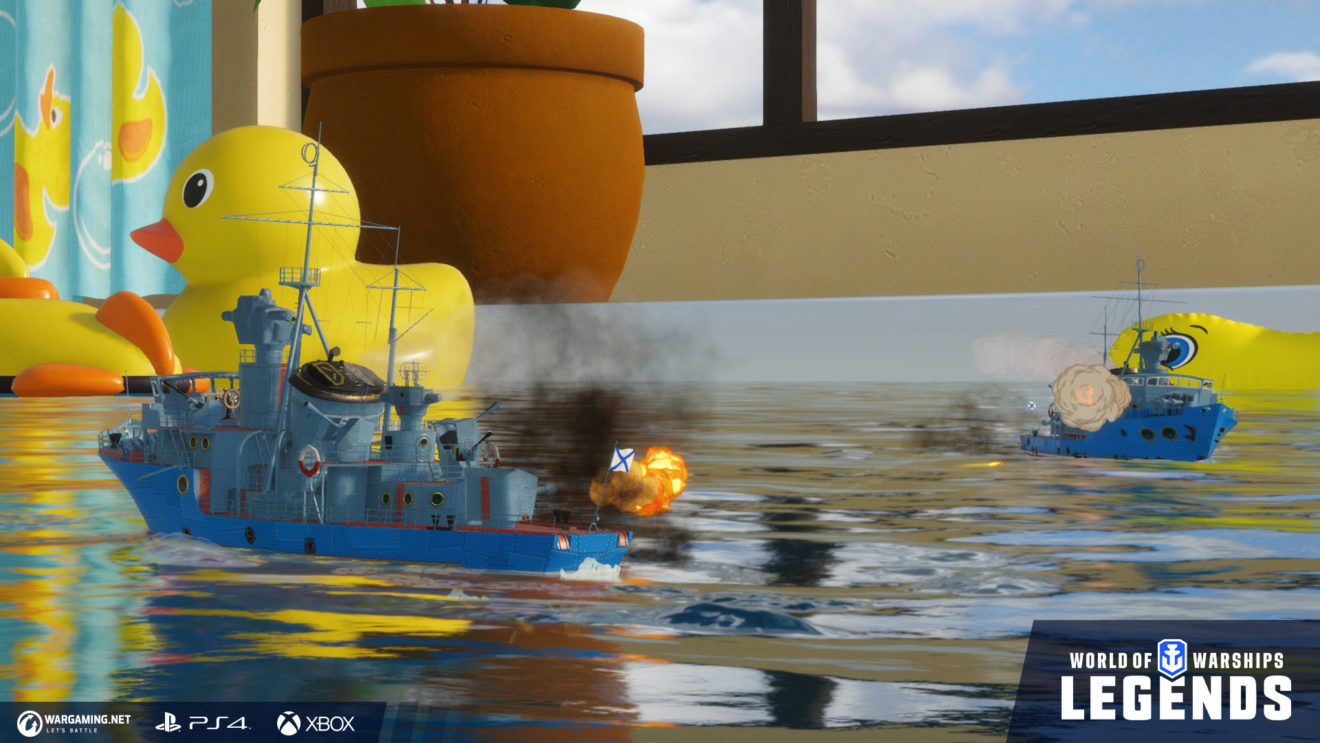 Wargaming has kicked off the Duck of War April Fool’s event in World of Warships: Legends.

During the event, 12 players will go against one another in a Free-For-All to earn some new rewards. Players will be put in control of one of two Ultra Cruisers with the aim being to collect the most ducks. Ducks will be rewarded for the following:

“Note that the last one standing may not be the one who actually takes 1st place, as someone else might cause more destruction and earn more ducks as a result, for example,” the developer adds.

As for rewards, players will be able to earn patch backgrounds, premium account access, April Fool’s flags, Promotion Orders, Rubles, and more depending on where they place on the leaderboards. More information about the rewards on offer can be found here.

Duck of War will be available on Xbox One and PlayStation 4 until April 13th.