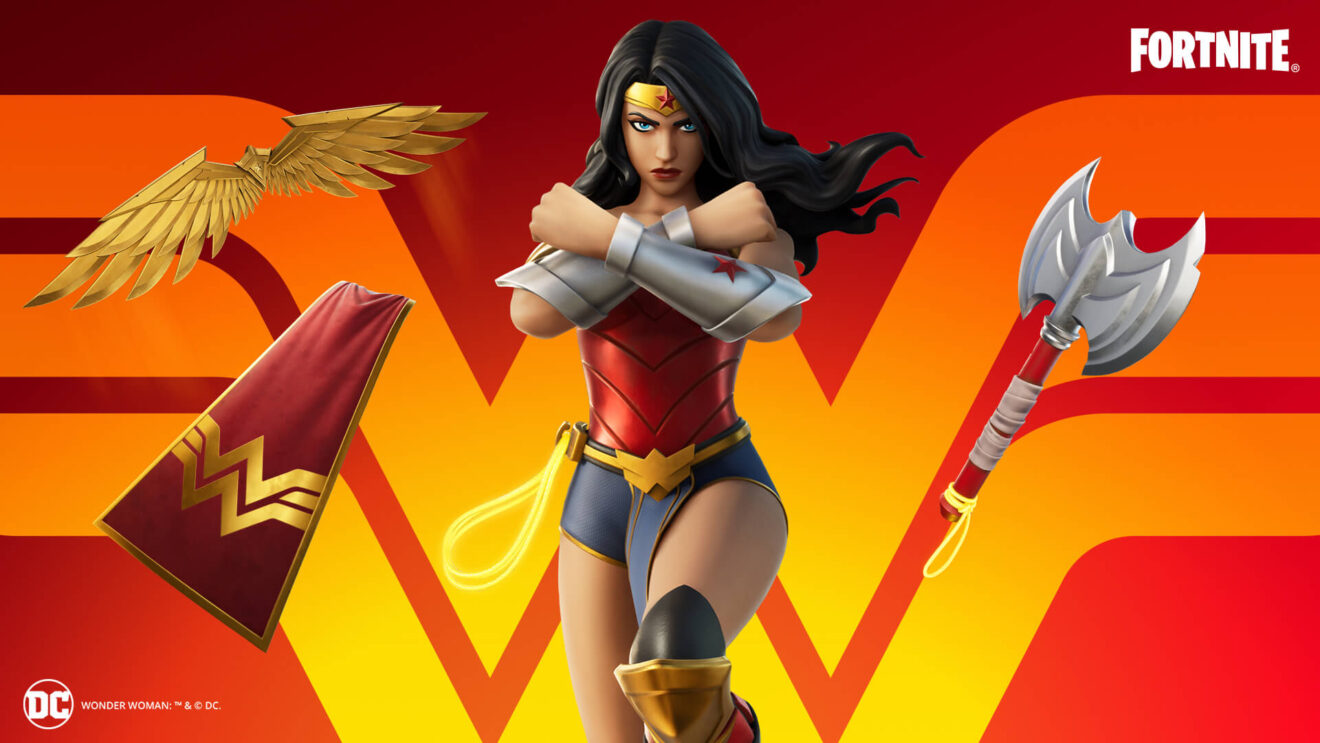 Following the recent introduction of Gamora from Guardians of the Galaxy, Epic Games has revealed that Wonder Woman will be the next crossover character to arrive on the Fortnite island.

Players will be able to purchase the Wonder Woman Outfit with an Armored style from the Item Shop on August 19th. Additionally, the Golden Eagle Wings Glider, Athena’s Battleaxe, DC Trinity Loading Screen, and Diana’s Mantle Back Bling, which features two variants, can be purchased.

Epic Games is also giving players the chance to get the outfit early through the Wonder Woman Cup. The Duos tournament is scheduled for August 18th and gives players three hours to complete 10 matches and get as many points as possible. The top performing players in each region will receive the Wonder Woman Outfit and Diana’s Mantle Back Bling.

To take part in the tournament, players need to have an Epic Account above level 30 and two-factor authentication enabled.