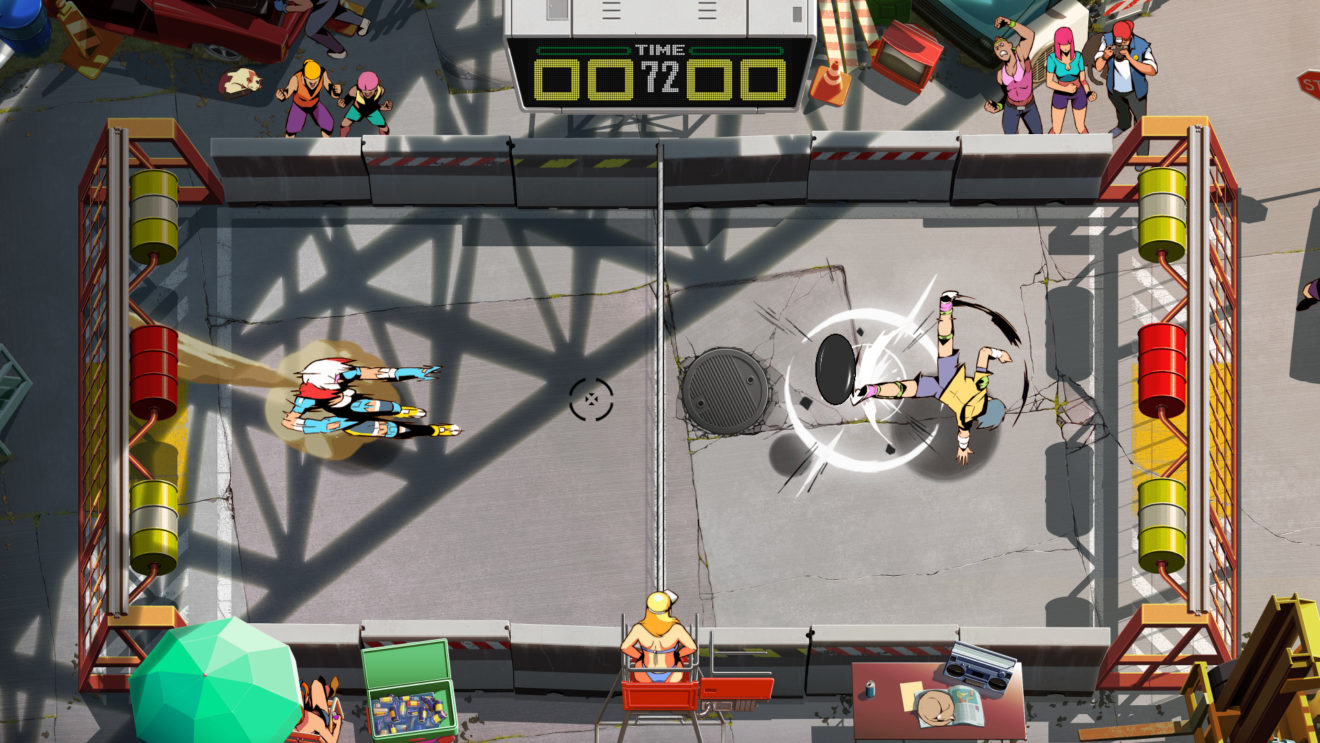 Dotemu has announced that a demo for Windjammers 2 will be available tomorrow as part of the Steam Game Festival.

The demo will only be available until June 22nd and will feature both local versus play and online multiplayer. Players will be able to try out three of the final game’s arenas using three characters: Wessel, Sophie De Lys, and Max Hurricane.

The Steam Game Festival is scheduled to run from June 16th through June 22nd and will let players try out “time-limited demos or short playable experiences” of games and “connect with the developers behind the games.”