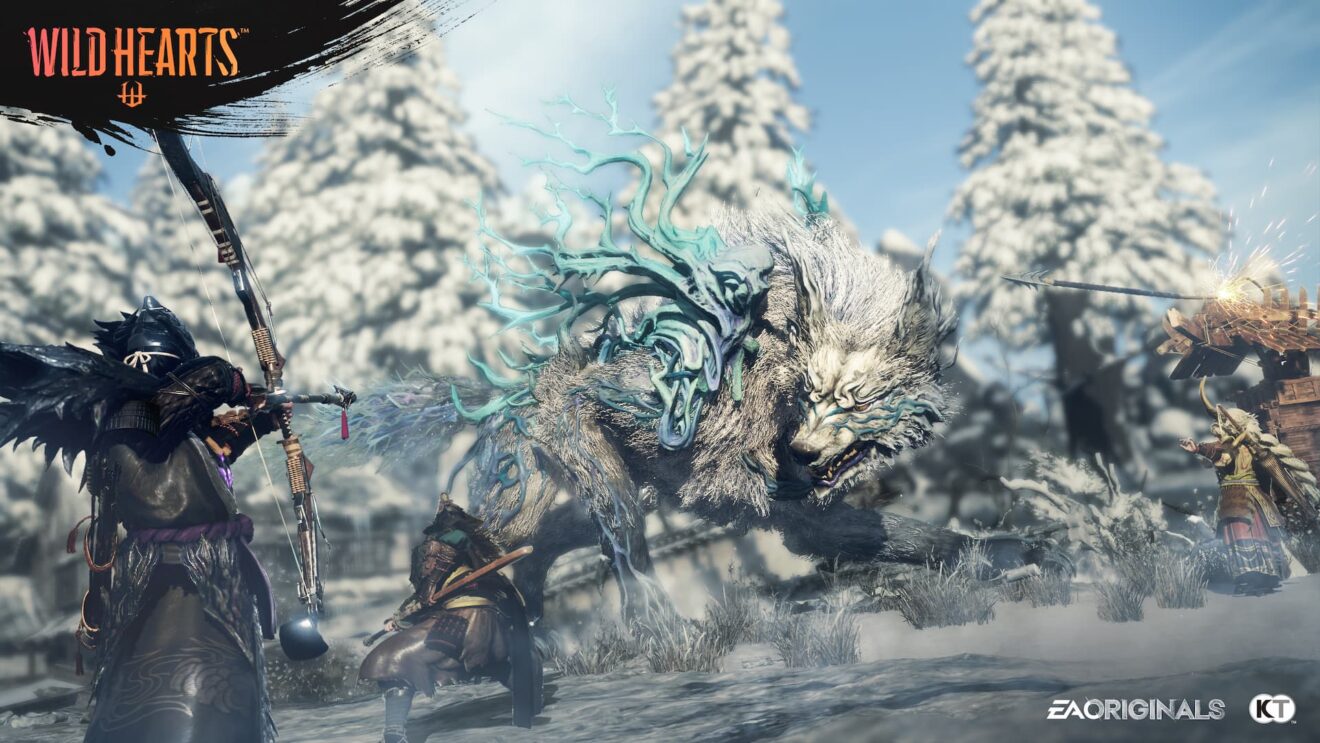 Developed by Omega Force—the studio behind the Dynasty Warriors franchise and its spin-offs—and published under the EA Originals banner,Wild Hearts takes place in Azuma, a fantasy land inspired by feudal Japan. There, players will face off against normally peaceful “nature-infused beasts called Kemono.”

To do so, players will make use of Karakuri, which are “sophisticated mechanisms crafted from a lost, ancient technology.” Kemono revealed so far include the Kingtusk wild boar, a wolf called the Deathstalker, and unnamed plant-infused squirrels.

Wild Hearts launches February 17th, 2023, on Xbox Series X/S, PlayStation 5, and PC. Players can either hunt solo or with up to two other friends in online co-op and with cross-play.

You can watch the official reveal trailer below. We’ll get a more detailed look at Wild Hearts when the extended gameplay trailer debuts on October 5th.