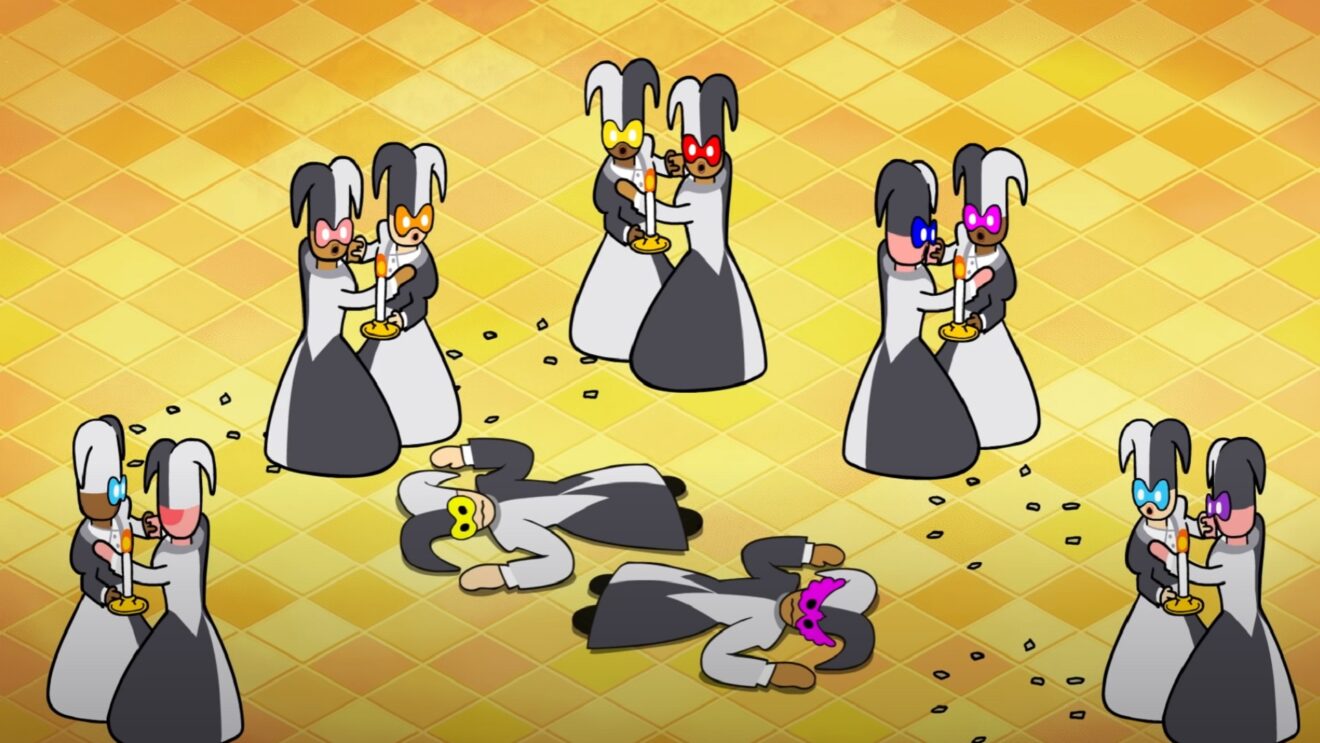 Jackbox Games has revealed the fifth and final game that will be included in The Jackbox Party Pack 8.

Weapons Drawn is a social deduction game in which players are tasked with solving a murder. However, instead of there being just one murderer, everyone is a murderer and a detective. If a player can work out who created a character, they can murder them. However, doing so will leave their own creations as clues.

On top of this, each player has a calling card that they will have to hide in each one of their drawings. Find the calling card, which is a letter from their name, and get one step closer to catching the murderer.

Weapons Drawn joins Job Job, The Poll Mine, Drawful: Animate, and The Wheel of Enormous Proportions in the upcoming pack.

The Jackbox Party Pack 8 launches this fall “on all major digital platforms.”