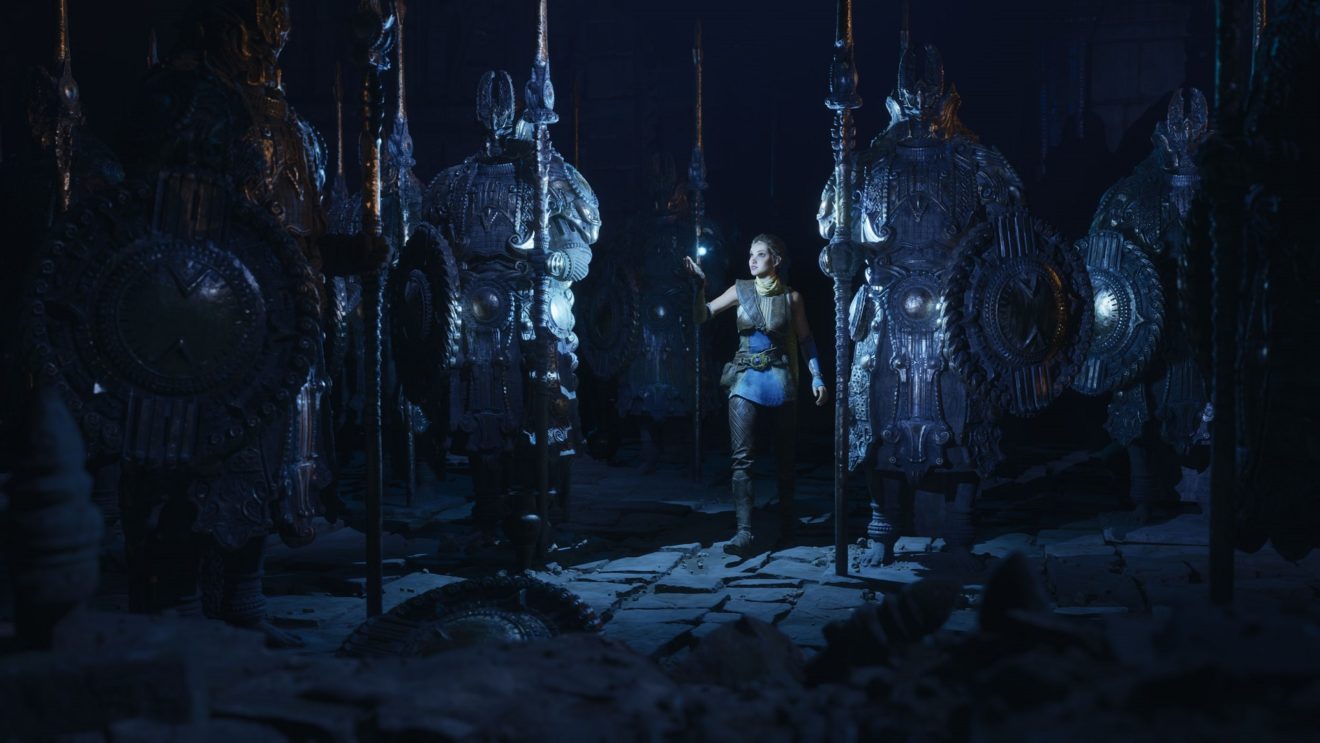 Accompanying the announcement was a real-time demo called “Lumen in the Land of Nanite” that was running on PlayStation 5. The demo shows a character exploring some ruins and demonstrates two new technologies that will be available in Unreal Engine 5: Nanite and Lumen.

Nanite allows artists to import film-quality source art comprised of billions of polygons directly into the engine, Epic explained in a blog post. Using this system, geometry is “streamed and scaled in real-time” meaning that developers don’t have to worry about polygon count budgets.

While Lumen is “a fully dynamic global illumination solution that immediately reacts to scene and light changes” and allows artists and designers to create more dynamic scenes. A few examples include changing the angle of the sun and blowing a hole in the ceiling to allow light to enter.

“Lumen erases the need to wait for lightmap bakes to finish and to author light map UVs—a huge time savings when an artist can move a light inside the Unreal Editor and lighting looks the same as when the game is run on console,” Epic added.

Unreal Engine 5 will be available as a preview version in early 2021, with plans to fully release the engine in late 2021. The engine will support next-gen consoles, current-gen consoles, PC, Mac, iOS, and Android.