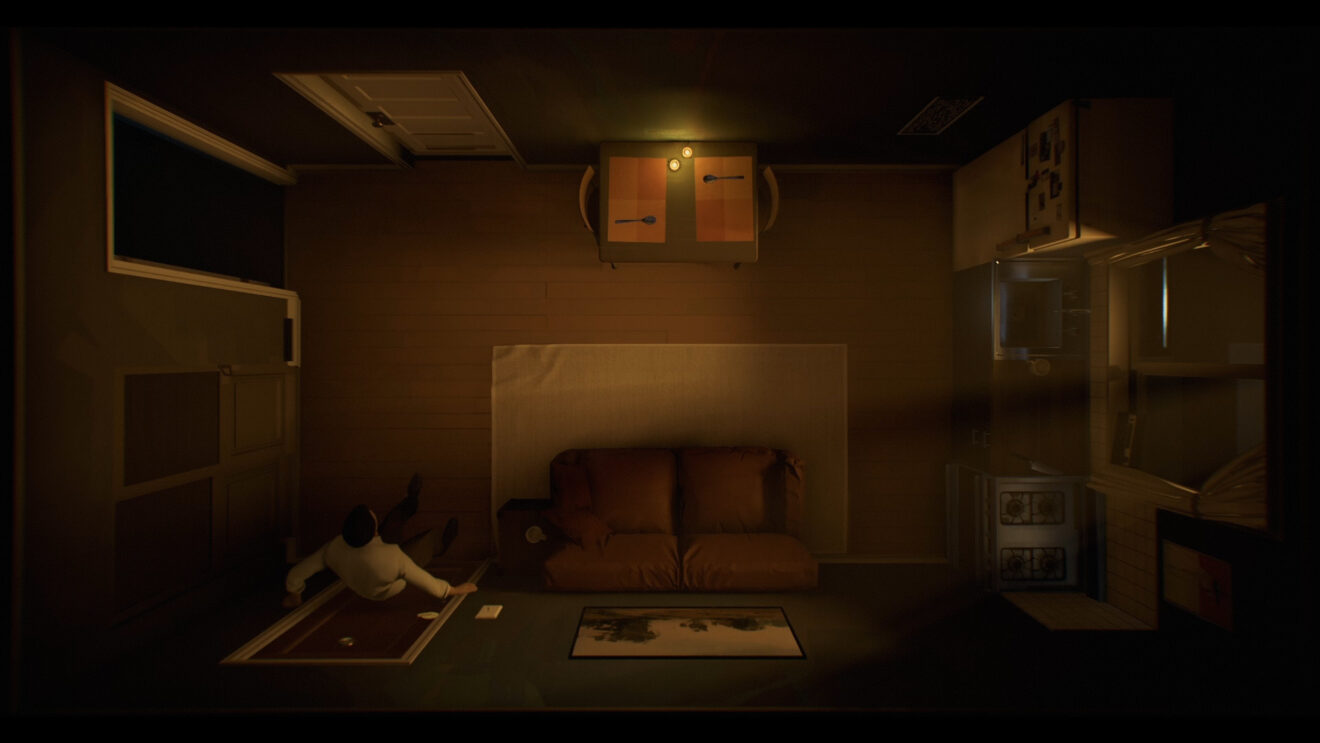 Annapurna Interactive has shared a new trailer for top-down interactive thriller Twelve Minutes ahead of its release later this week.

Twelve Minutes begins with the player spending a romantic evening with their wife. However, things quickly go south when a police detective breaks in, accuses their wife of murder, and then beats them to death. Players then find themselves stuck replaying the same 12 minutes over and over and must use what they learn each time to break the loop.

The game is said to blend “the dream-like tension of The Shining with the claustrophobia of Rear Window and the fragmented structure of Memento” and stars James McAvoy, Daisy Ridley, and Willem Dafoe.