As I drove my custom-painted Zusume R across the Golden Gate Bridge, my attention was drawn away from the action. There, across the Bay, was Fisherman’s Wharf, Transamerica Pyramid, Crissy Field—for an instant, it was as if I was actually looking at The City instead of racing away from a train of police cars and a pesky helicopter. Moments like that made this newest offering from Ubisoft highly enjoyable for me. For me, Watch Dogs 2was less a hacktivist tale and more a beautiful immersion into the San Francisco Bay.

With this being a sequel, I’m going to get the comparison to the original title out of the way at the top. Instead of continuing in the dark and gritty take on Chicago seen in the first title, Ubisoft has moved everything to the west coast. A gorgeous, colorful setting awaits gamers here, with a protagonist much more engaging than Aiden Pearce ever was. The ensemble of characters you interact with also carry weight, making the story much more enjoyable than the straightforward revenge plot of the original Watch Dogs.

In Watch Dogs 2, players control Oakland-born computer expert Marcus Holloway, aka Retr0. After being incarcerated due to a crime prediction algorithm, Marcus teams up with the hacker group DedSec to clear his name and protect others from suffering a similar fate. The player soon finds that the Blume Corporation has been aggregating everything from online pizza delivery to transit card interactions in order to create detailed profiles on the public. Even worse, Blume is selling that information to the highest bidder. However, in order to take down a company the size of Blume, DedSec needs an army of followers—and that’s where Marcus comes in.

As talented at combat and infiltration as he is at hacking, Marcus gains followers by accomplishing tasks—they’re the experience points of Watch Dogs 2. Completing missions award the most followers, but there are plenty of other opportunities to build your army outside of the game’s main storyline. Using Marcus’s phone, you can access a Crazy Taxi-like set of missions called “Driver SF,” or snap pictures of yourself at numerous Bay Area tourist attractions with “ScoutX.” If you’re feeling more competitive, there are also plenty of racing opportunities to gain both cash and social media reach.

The game really succeeds in that each of these ancillary objectives push you further into the world of Watch Dogs 2. For example, I hadn’t stumbled upon Baker Beach in the game until I reached the final race of the Motocross circuit. Of course, it was located exactly where you would expect to find it, but I simply hadn’t had a reason to venture over the cliffs until that point. Even more broadly, each neighborhood has its own vibe. Go to Oakland, and you’ll see old furniture left on the curb for pickup. Cross the bridge into Silicon Valley and you’ll witness that the dobermans have been replaced with golden retrievers. Some of my favorite time spent in Watch Dogs 2 was just wandering around and seeing everything that made its way into the game. Sometimes I would do this on foot, other times with one of Marcus’s 3D-printed, remote-controlled devices.

I spent a lot of my time interacting with the world through the Jumper—a two-wheeled car with the ability to hop—and the Quadcopter—a flying drone with four helicopter blades for superior maneuverability. Opting to play Watch Dogs 2as a stealth game, these devices allowed me to carry out the majority of tasks without putting Marcus himself in actual danger. I quickly found that like most things in the world, the game itself is easily hacked. Need to get into a restricted area? Plop down outside the red border, pull out the Jumper, and grab whatever you need without fear of discovery. If a guard spots the Jumper, simply hack their cellphone, and they will check to see who buzzed them. Try the same tactic with Marcus, and they’ll answer the phone afterfilling you with bullets.

Stealth became more and more important to me as I progressed through the game’s story. While firearms, explosives, and other lethal options were available (and often much easier), it seemed wrong to have Marcus kill anyone. Would someone fighting to keep personal information private really be okay with killing 30 guards to get a USB drive? It just didn’t fit.

Yet, in order to get the full Watch Dogs 2experience, my second playthrough was tilted “Aggressor.” As much as I enjoyed getting to use a much broader arsenal of weapons and tactics to get through the missions, it still felt odd to watch the light-hearted cutscenes between my murder sprees. However, this is the challenge that movies and games alike have always found themselves facing. How do you deliver action and high-stakes without guns and explosions?

It was in this less “morally restricted” playthrough that I hopped into the game’s multiplayer. Or, at least I attempted to. Unfortunately, the feature was still experiencing issues when the game released, and is still disabled at the time of this review. This feature was supposed to allow gamers to slip into other player’s games; for instance, if someone nearby had a high threat level, you could chase them down in the Bounty Hunter mode. If another player was currently hacking, you could attempt to steal their information as part of a Hacking Invasion. All’s not lost, however, as the co-op missions were still available. Joining up with a friend, we were able to strategically pull off an intense mission—they picked off guards while I planted explosives on the shipments of drugs. Having someone able to watch your back was a pleasant change of pace to the single-player, and something I’ll probably keep experimenting with.

While the game may not have been delivered complete, there is still plenty to enjoy within. I still find myself popping back in now and again for a quick drive, long after I wrapped the main story—it’s just that pretty of a game. So, should you pick up Watch Dogs 2, I implore you: turn off the NetHack, remove the waypoint from the mission you’re on, and explore. Just make sure you don’t forget your camera. 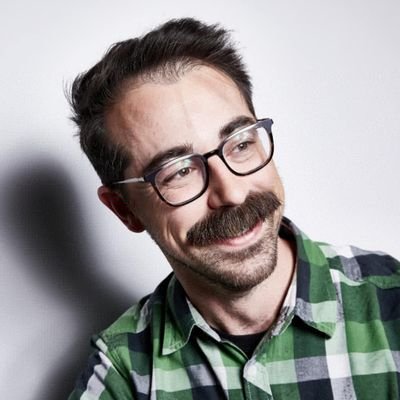 Matt learned how to play video games from his grandma, who bravely adventured with him through the “terrifying” halls of Shadowgate. He plays a lot of Dungeons & Dragons on a podcast with comedians.

Journey to the Savage Planet review