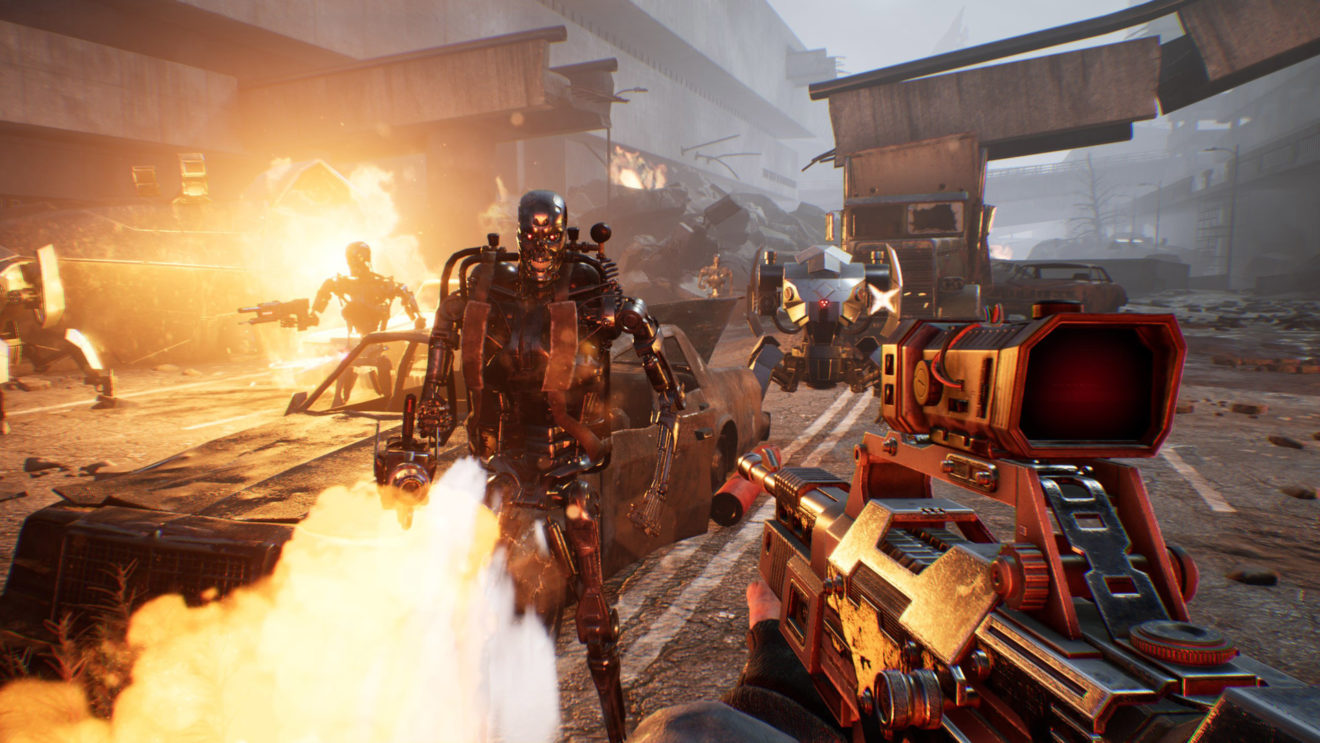 Reef Entertainment has shared an extended look at its upcoming first-person shooter set in the Terminator universe.

The footage below opens with protagonist Jacob Rivers having a close encounter with a T-800. Later we see Rivers attempting to escape Pasadena as he takes on Spider Scouts and meets a fellow survivor called Jennifer. The trailer ends with Jacob and another survivor fighting off a number of enemies before escaping on a bus.

Resistance was unveiled earlier this year and is set in Los Angeles 31 years after Judgment Day. As previously announced, the game will expand on the Future War featured in The Terminator and Terminator 2: Judgment Day films.

Terminator: Resistance launches November 15th for Xbox One, PlayStation 4, and PC in Europe and Australia, with a North American release to follow on December 10th.