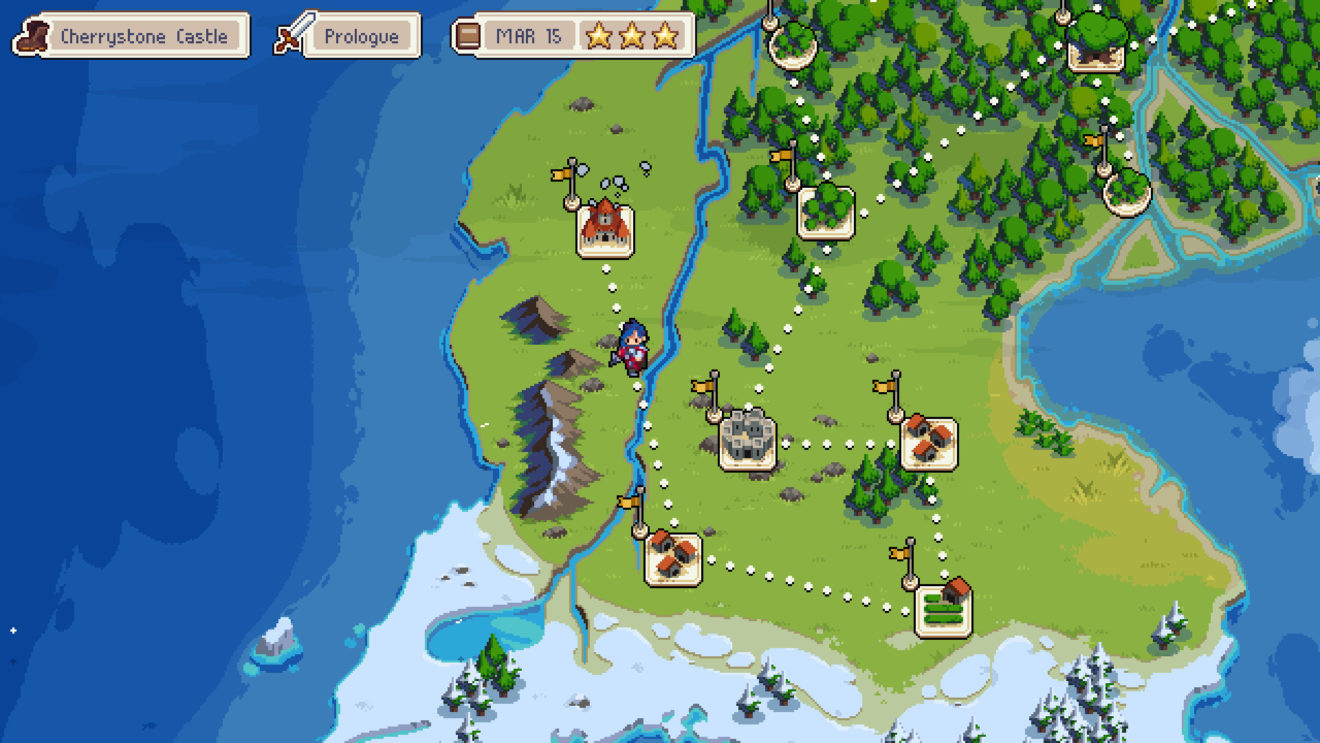 The DLC introduces a new story campaign with support for online and coach co-op, three new commanders with their own unique powers, and the Thieves and Riflemen units. There are also 15 new arcade missions, competitive online quick play, a new Volcano map theme, and more included in this DLC.

Additionally, Chucklefish revealed that cross-platform play will be added to the PlayStation 4 version of the game on the same day. This means that PlayStation 4 players will be able to take part in cooperative and competitive multiplayer and share maps with players on Xbox One, Nintendo Switch, and PC.

“We’re very happy to finally complete our vision of one big happy Wargroove community as PS4 Wargroove players can now play with those on Nintendo Switch, Xbox One, and PC! From the very beginning, we knew that the multiplayer aspect of Wargroove was a huge part of the experience, and that it made the game very suitable for cross-play amongst all platforms,” lead Programmer and Chucklefish CTO, Rodrigo Braz Monteiro, said.

“This became even more important with the release of Double Trouble and its co-op campaign, and we felt that it wouldn’t be right to bring it to the platform without cross-play support. Our thanks to the Blitworks team who has been working on bringing the DLC to PS4. Thanks for your patience, and hope you’ll have fun!”

Wargroove is available now on Xbox One, PlayStation 4, Nintendo Switch, and PC.