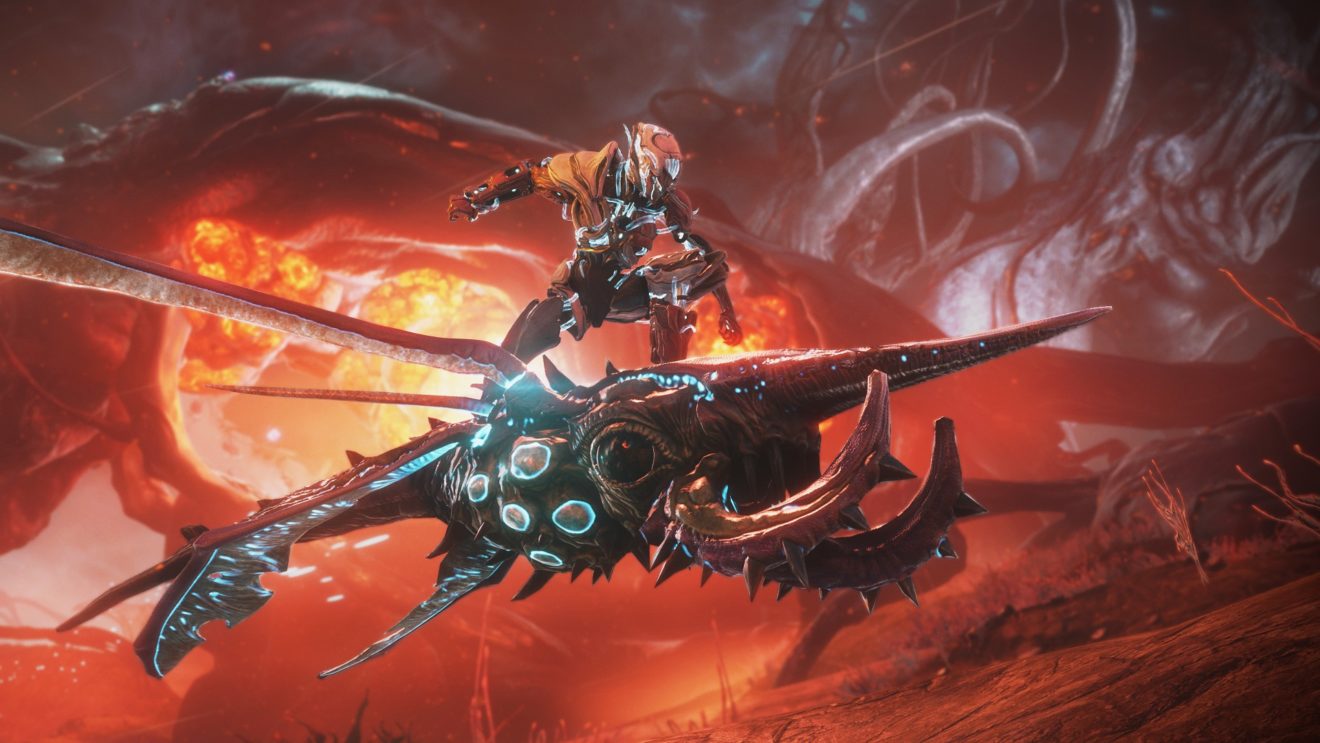 Digital Extremes announced during TennoCon that its next major update for Warframe, Heart of Deimos, will launch for PC and consoles on August 25th.

This latest expansion introduces the game’s third open-world which is split between the surface and a procedurally generated Underground tileset. Players will explore this living moon as they deal with the Infested faction and meet the Entrati family.

“Giant towering wyrms, silhouetted against the darkened red sky, battle for control over night and day, while on the ground bulbous pods burst open with Entrati NPCs consumed and transformed by the Infested hive mind or a cadre of belligerent Infested creatures, ready to attack,” the developer adds.

Finally, Digital Extremes unveiled the community-designed Xaku, the game’s second new Warframe of 2020 and 44th overall. Xaku is “all about manipulating Void energy” and “has the power to infuse their Weapons with Void energy, buffing their damage,” according to the developer.

Warframe is available now on Xbox One, PlayStation 4, Nintendo Switch, and PC.