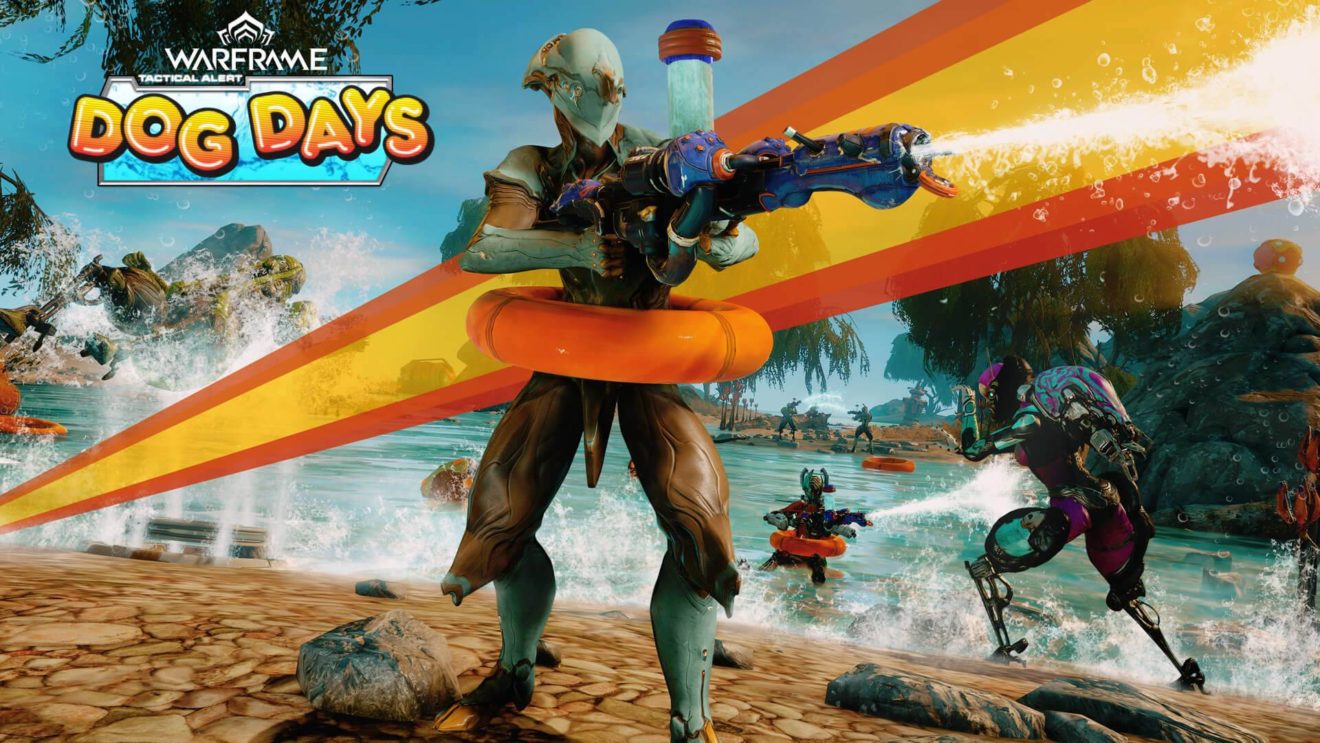 The Dog Days summer event is live in Warframe, offering players the chance to earn new cosmetic items and currency.

From now until August 12th, players can head to the Beach Arena and take on opponents with their Soaktron weapon. In the Beach Arena, mods, pets, and abilities are all disabled, putting players on an equal footing. The team that gets the most kills before the timer runs out wins.

During the event, players can complete the following four missions to earn rewards:

As an added bonus, until August 6th there’s double Credits on offer for all missions. This boost stacks with other boosts, so players can earn up to 4x Credits.

Warframe is available now on Xbox One, PlayStation 4, Nintendo Switch, and PC.