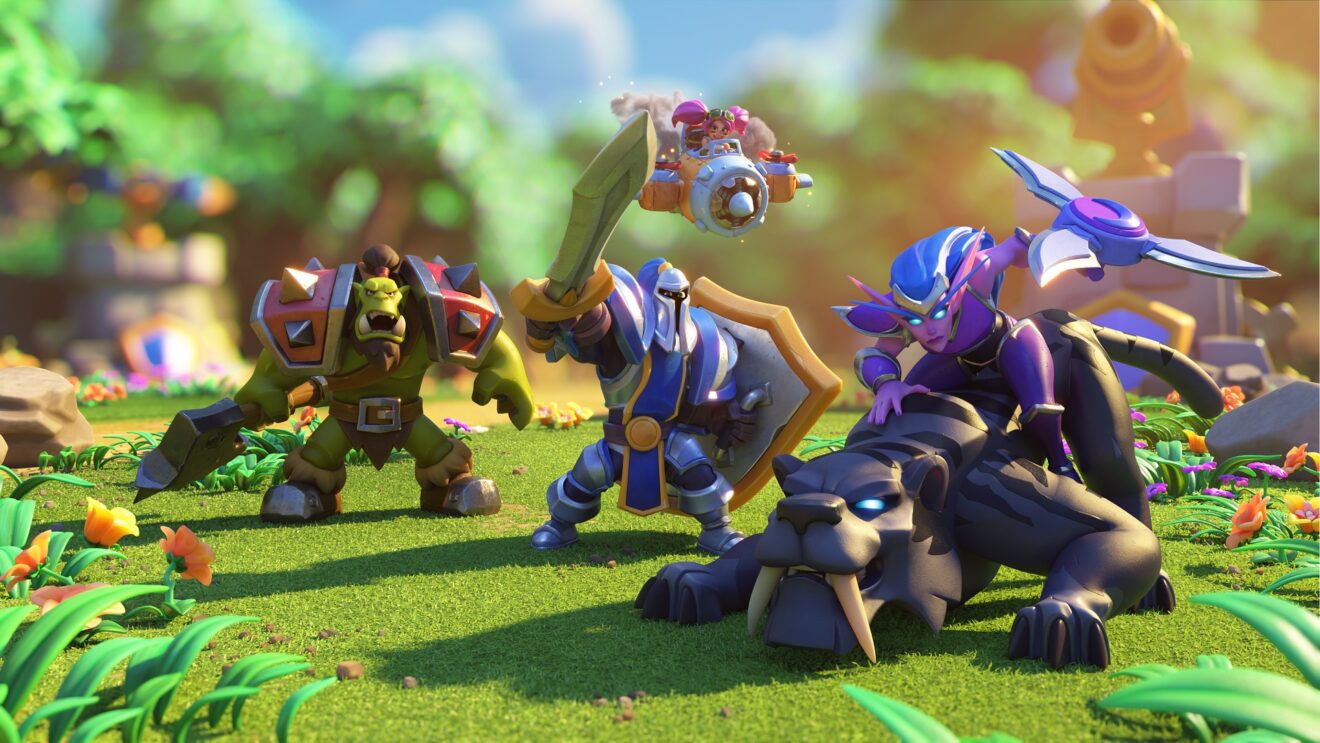 The game lets players collect and battle over 60 characters from across the Warcraft universe as tabletop miniatures. Start building a team with a Leader, such as Warsong chieftain Grommash Hellscream and Archmage Jaina Proudmore, and then fill out the rest with Troops and Spells.

After building a team, players can jump into “an epic single-player campaign” that features over 70 missions, tackle Dungeons, and test their skills in a competitive player-versus-player mode.

Players can add to and improve their collection by earning in-game currency through playing the game or by making purchases from the in-game shop. More information regarding the in-game shop will be shared at a later date.

“Warcraft Arclight Rumble provides the sort of experience that we always strive to create at Blizzard,” Mike Ybarra, President of Blizzard Entertainment, said. “It’s instantly fun, yet deep and rewarding over the long term, and we’re immensely proud to bring a new and authentic representation of Warcraft to mobile. We can’t wait for players to experience the joyful chaos of this game for themselves.”

A beta test for Warcraft Arclight Rumble will be starting soon for “select players in certain regions.”