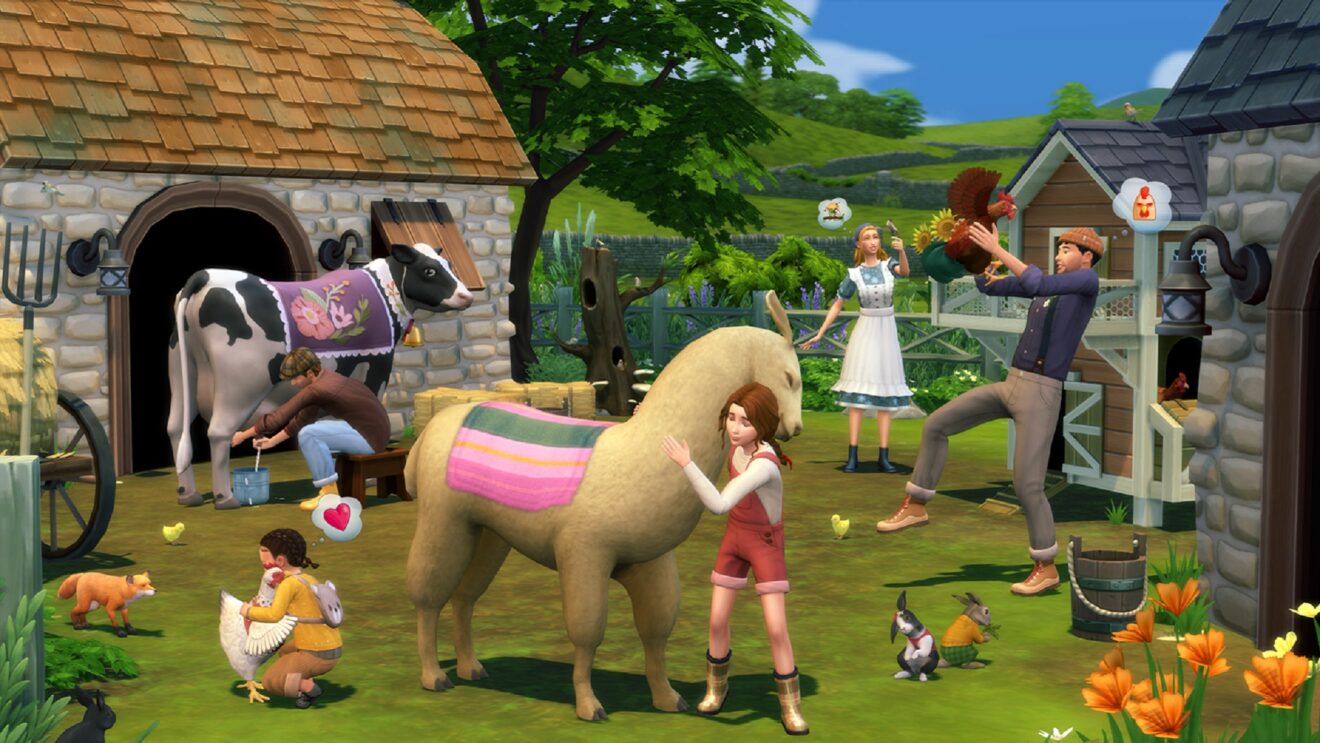 EA and Maxis have announced that The Sims 4’s next expansion pack, Cottage Living, is set to launch July 22nd.

The upcoming expansion introduces players to the small countryside town of Henford-on-Bagley, which is home to a local pub called The Gnome’s Arms, a grocery stall, and the Crumplebottoms’ garden booth. Every week, the town hosts the Finchwick Fair, during which the mayor will judge a rotating competition.

Cottage Living also lets players care for cows, llamas, chickens, bunnies, and foxes. Treat these new additions well and feed them treats to gain their favor and change what they produce. “Change the flavor of your cow’s milk, the color of your llama’s wool, or even the appearance of your chickens with specific goodies,” EA explains.

Finally, Sims can test out their green thumbs with gardening patches. Grow giant watermelons, aubergines, pumpkins, mushrooms, and lettuce that can either be harvested for healthy meals or taken to the weekly fair to win some prizes.

The Sims 4: Cottage Living launches July 22nd for PlayStation 5, Xbox Series X/S, PlayStation 4, Xbox One, and PC. Players who purchase it before September 2nd will receive the Gnome on the Go Digital Content, which contains the Scenic Commuting Bicycle, The Adventurous Gnome sculpture, and DeLIGHTful Tree.