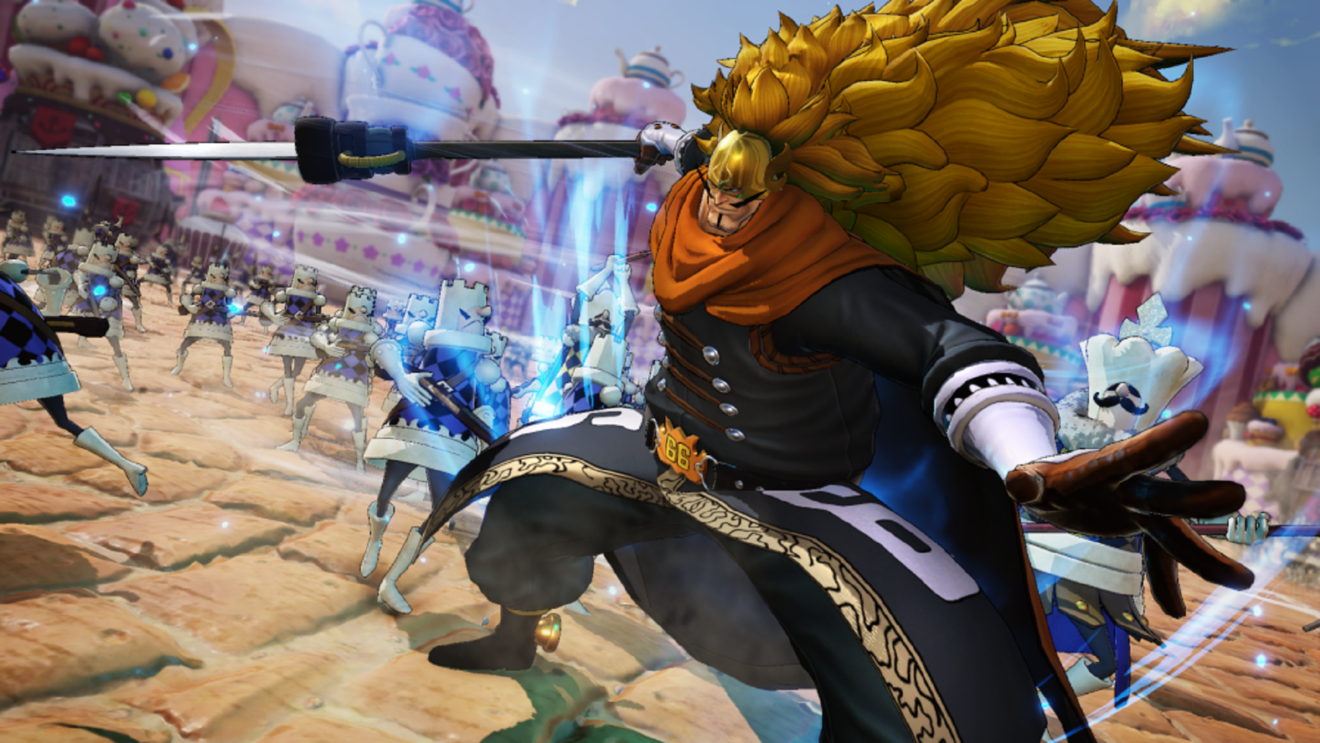 Vinsmoke Judge is coming to One Piece: Pirate Warriors 4 this summer

Bandai Namco has revealed that Vinsmoke Judge will be joining the One Piece: Pirate Warriors 4 roster this summer.

Vinsmoke Judge is one of the main antagonists in the Whole Cake Island arc and is the leader of the Germa Kingdom’s military branch, Germa 66. He uses his technologically advanced Raid Suit to control the battlefield and attacks using his electromagnetic spear.

Vinsmoke Judge will be joining Charlotte Smoothie and Charlotte Cracker in the game’s first Character Pack later this summer. Players will also be able to purchase each character separately.