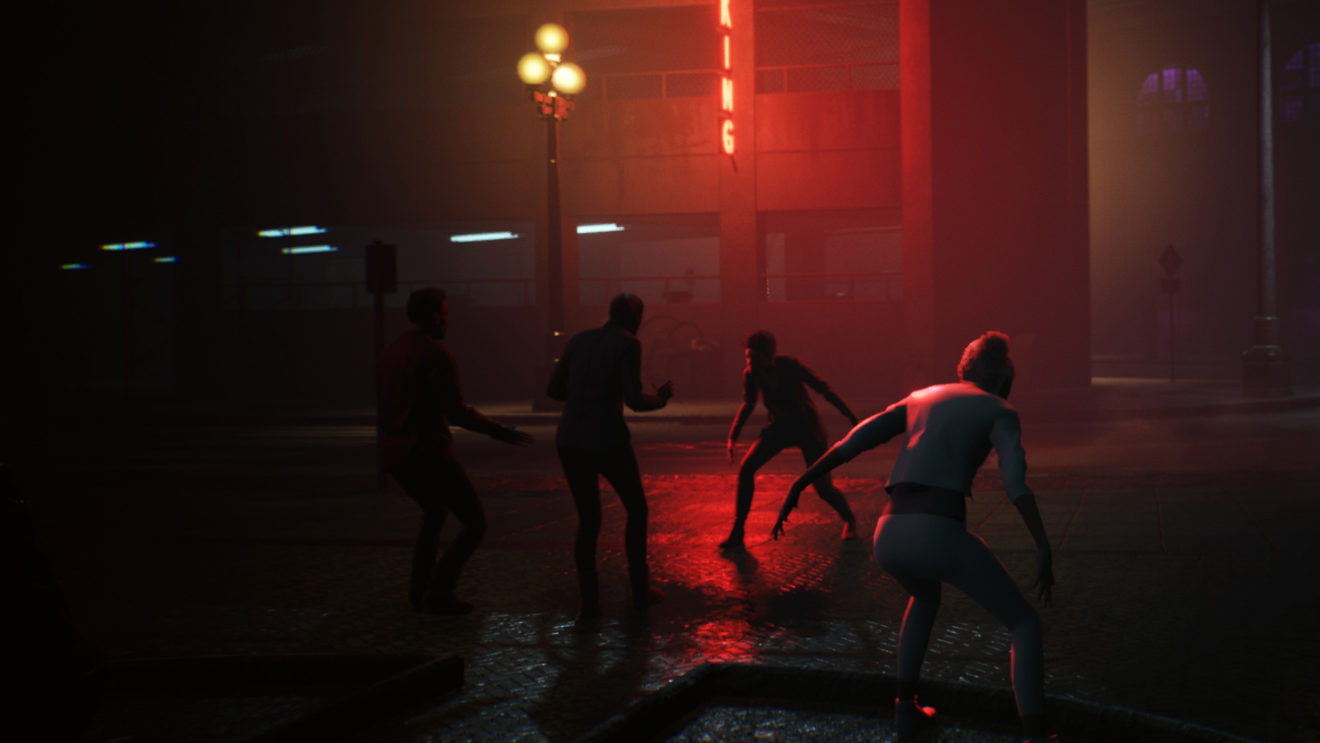 Hardsuit Labs and Paradox Interactive have revealed that the action RPG Vampire: The Masquerade – Bloodlines 2 will be arriving on Xbox Series X, courtesy of a new trailer that appeared during the latest Inside Xbox broadcast.

The new look at the game is a tad disturbing, with a suited figure dancing to a cover of “Danke Schoen” near a Christmas tree surrounded by disfigured human bodies strung up like marionettes, faces gouged into smiles. The action then cuts to quick shots of the city, characters, and gameplay, all of which looks suitably vampiric.

You can check it out below, but be warned some of these shots aren’t for the faint of heart.

Bloodlines 2 is the follow-up to 2004’s PC cult hit, based on White Wolf Publishing’s tabletop RPG Vampire: The Masquerade. The universe features a modern-day, counterculture-inspired take on its supernatural bloodsuckers. Like its predecessor, Bloodlines 2 will place a heavy emphasis on player choice and branching narratives, but this time around the action moves from Los Angeles to the city of Seattle, with all the rain-slick streets and tech bros that come along with it. No word on whether Amazon CEO and possible daywalker Jeff Bezos will appear.

Vampire: The Masquerade – Bloodlines 2 is slated to arrive on Xbox One, Xbox Series X, PlayStation 4, and PC later this year. Notably, a PlayStation 5 release remains unconfirmed at this time.