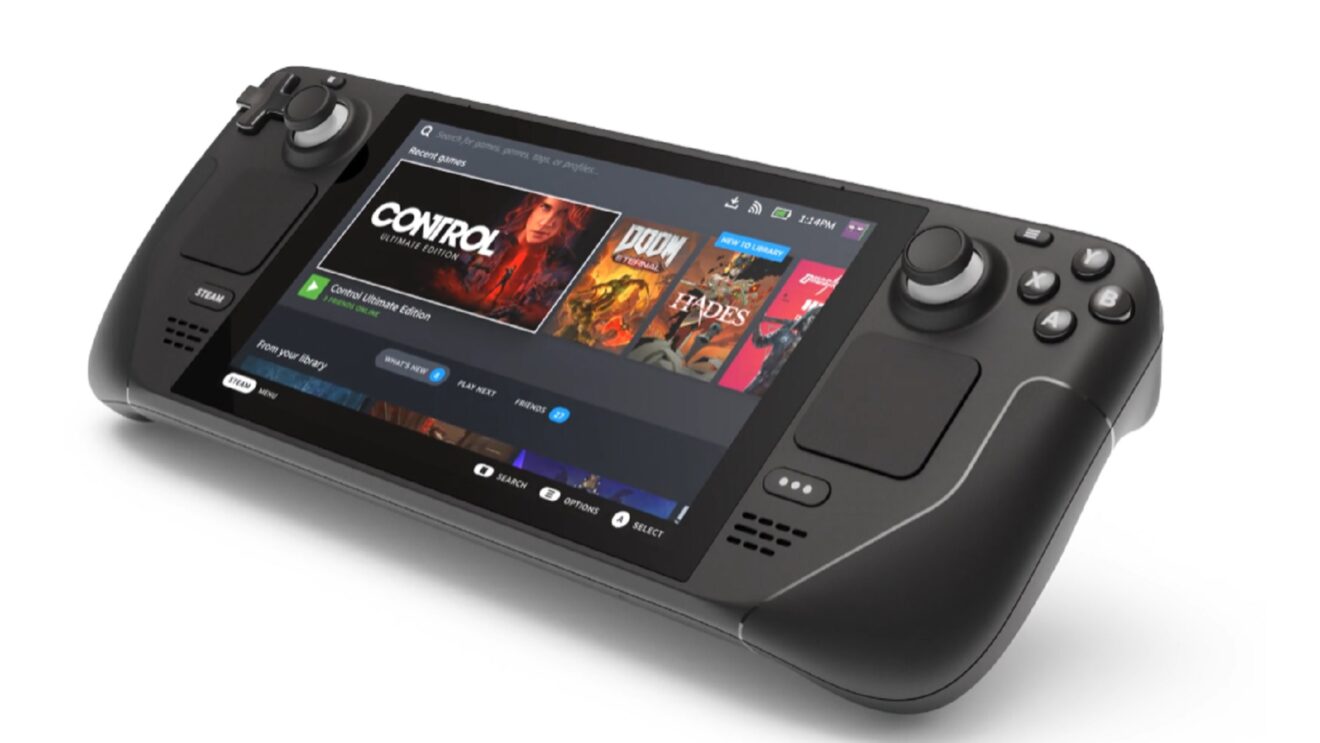 Valve has officially unveiled the Steam Deck, a portable PC with “more than enough performance to run the latest AAA games in a very efficient power envelope.”

Looking very similar to a Nintendo Switch, the handheld device has a 7-inch touchscreen, two trackpads for a mouse, support for gyro controls, two thumbsticks, a d-pad, face buttons, shoulder buttons, and four back buttons. Users will have full access to their Steam library through their account and can also use all of Steam’s features, including chat, Remote Play, Cloud Saves, and the store.

Moving onto the specs. The handheld comes equipped with an AMD Zen 2 APU with 4 cores and 8 threads running between 2.4-3.5GHz, an AMD GPU with 8 RNDA 2 CUs for up to 1.6 TFlops of power, and 16 GB of DDR5 RAM. Take a look at the full specifications below: