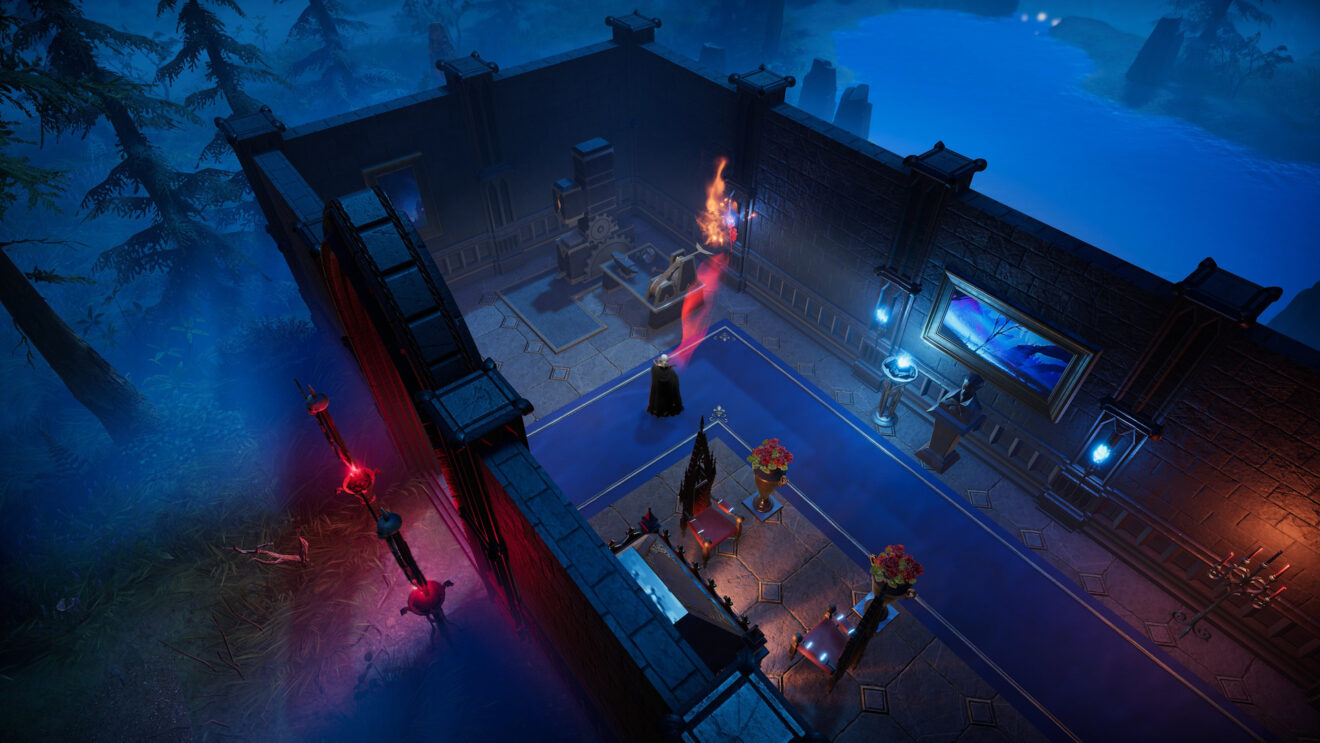 The game drops players into the role of a newly awakened vampire in a world ruled by humans and tasks them with becoming the next Dracula. Players will need to feed on blood to gain new powers, hide from the sun, and engage in real-time PvE and PvP combat as they explore the gothic world of Vardoran.

The game also gives players a castle that they can use to store their loot and grow an army of darkness. Players will have to strengthen their castle to defend against enemy players and can also invade the castles of other players.

“Explore a vast world teeming with mythical beings and danger. Travel through lush forests, open countryside, and dark dungeons to discover valuable resources, meeting friends and foes alike along the way,” the game’s description adds. “Traverse the world with vampire comrades or hunt solo as you pillage villages, raid bandits, and wander into the domains of supernatural beasts.”

A closed beta for V Rising is currently running on PC.