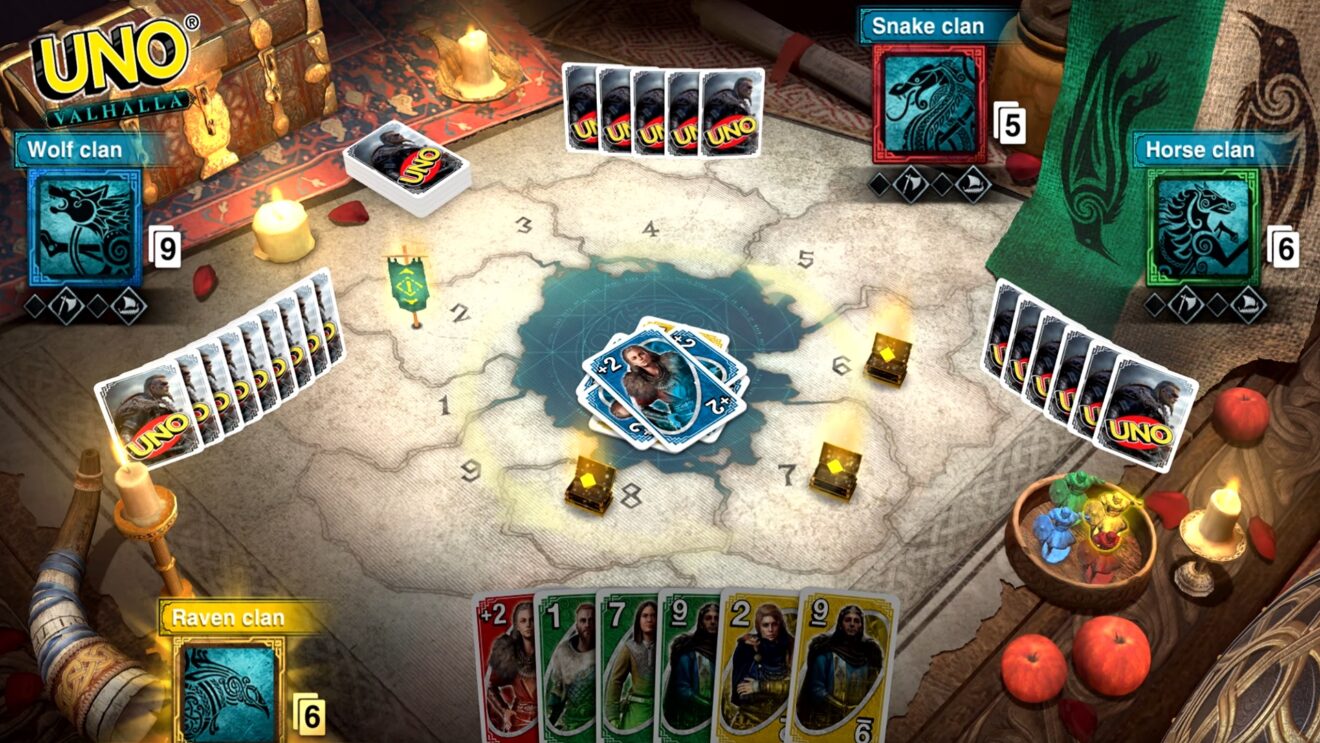 UNO’s latest DLC is based on Assassin’s Creed Valhalla

Ubisoft and Mattel have announced a new DLC for UNO based on Assassin’s Creed Valhalla.

The Valhalla DLC makes it so the board is part of the game, with players discarding their cards to travel around the board and collect cargo for exclusive perks. Players can also engage in 1v1 card fights against their opponents to slow down their progress.

In addition, players can encounter random events while exploring the board, such as Glory Regained, which allows players to take cargo to match the player with the highest cargo. Another event is Raid, which involves stealing cargo from another player. Get a brief look at the DLC in the video below:

The Valhalla DLC is available now on PlayStation 4, Xbox One, Nintendo Switch, PC, and Stadia for $4.99.