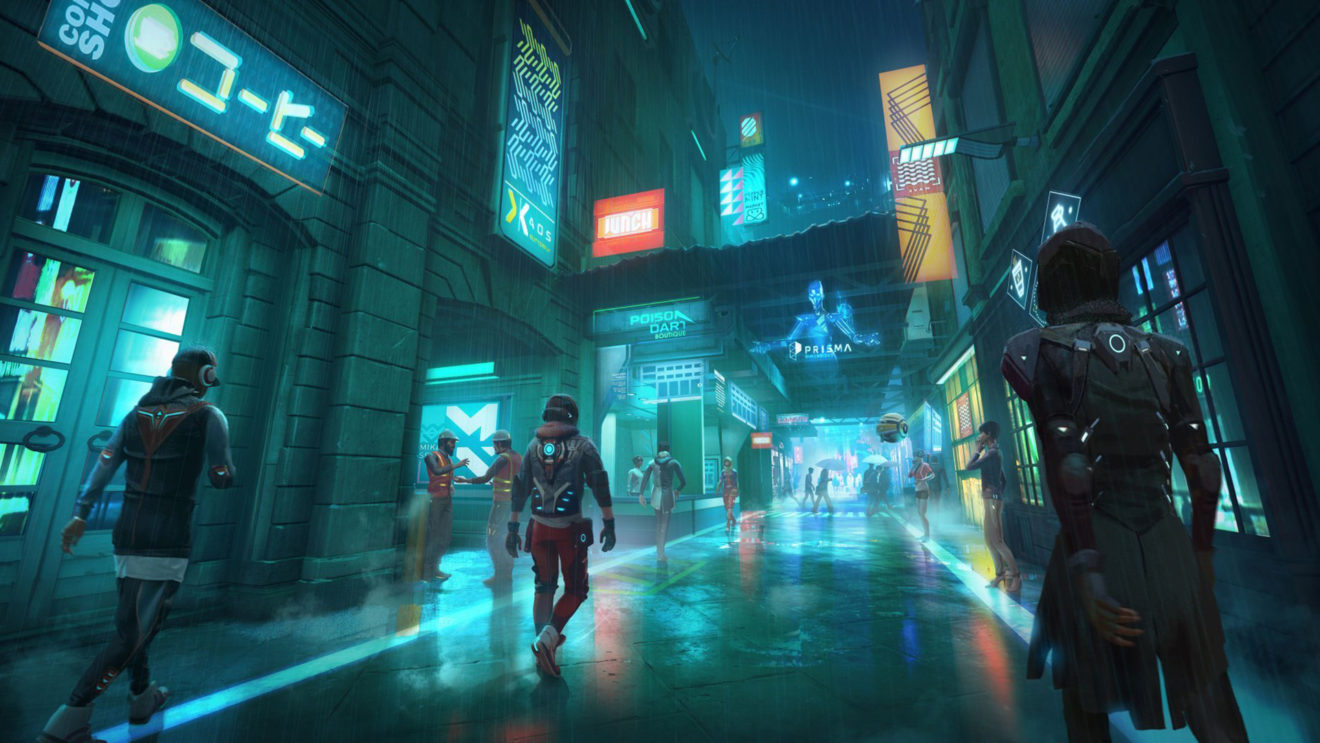 The website for an in-universe corporation called Prisma Dimensions, gives several hints about the game. The website states that the “first iteration of the Hyper Scape” will debut on July 2nd, with the “pulse-pounding action of Crown Rush.” If Hyper Scape is the name of the game, then “Crown Rush” is probably the first mode that’s coming to the game, hinting that Hyper Scape will include multiple variations on the battle royale genre.

Hints indicate that Hyper Scape‘s battle royale will take place in “the world’s premiere virtual city, Neo Arcadia,” which is an interesting way of framing the narrative of 100 players all killing one another to be the last one standing. An image on the website seems to reveal several Easter eggs about the game in a flow chart, with Neo Arcadia marked as the “hub” with unlimited, concurrent users. Sections of the flow chart also mention education with possible tutorial levels, retail (no doubt indicating that the free-to-play game will be driven by mictrotransactions, and security protocols.

The game is going to be “activated” on July 2nd, though it’s unclear if that simply means that that’s when the game will be revealed or if that’s when it’s going to launch, similarly to how Apex Legends launched as soon as it was revealed.

However, journalist Kevin Sebastian reports (via Eurogamer) that the game, which is being developed by Ubisoft Montreal, will launch on July 12th for PC, with a console version coming later. For better or worse, Sebastian states that the game “is being built with streamers in mind in a full partnership with Twitch. Twitch chat will supposedly influence some game mechanics,” based on reports from esports personality Rod Breslau.

July 12th is also the day that Ubisoft’s digital Forward event is set to take place, though the publisher has been mired in controversy recently as several people have come out with allegations against Ubisoft employees accusing them of sexual harassment or assault. Ubisoft released a brief statement on July 25th in response to these allegations, as well as general accusations of toxic workplace practices, and stated that it has “started by launching an investigation into the allegations with the support of specialized external consultants.”