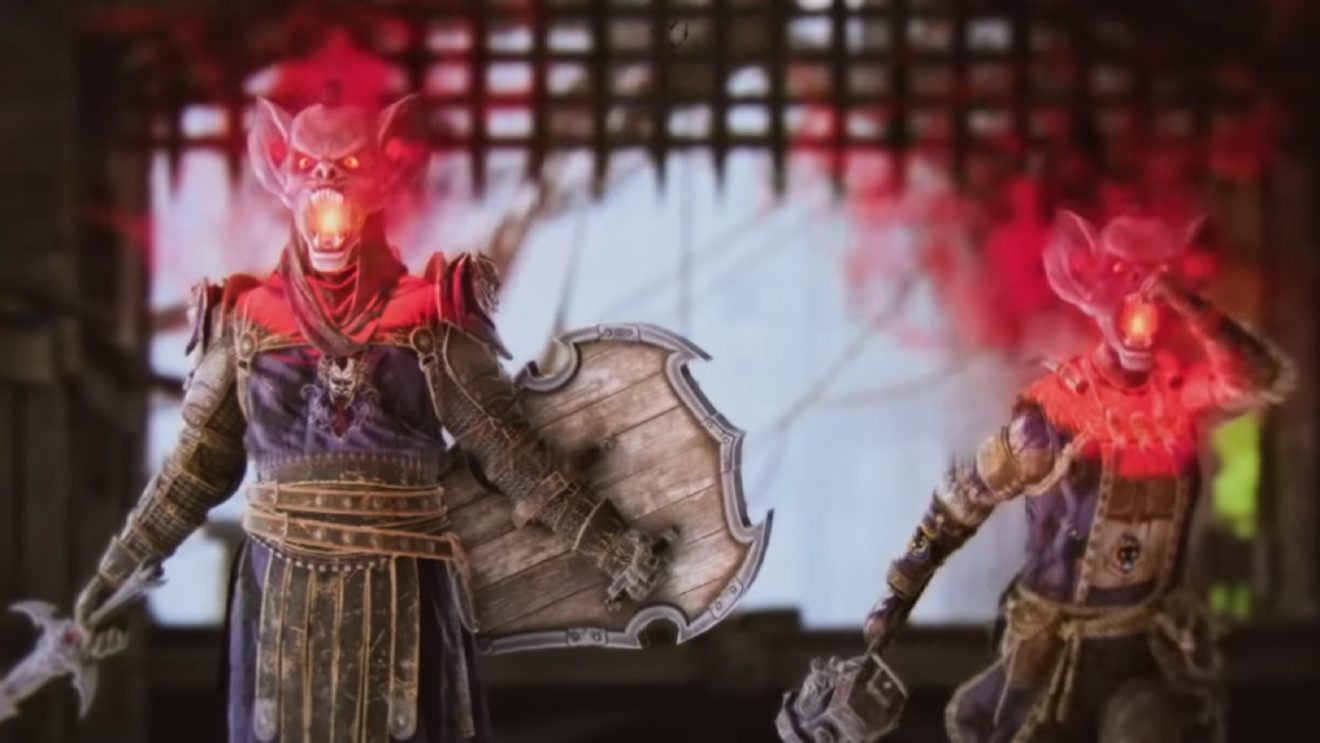 Ubisoft kicks off Fangs of the Otherworld event in For Honor

For Honor’s Halloween-themed event, Fangs of the Otherworld, is now live.

During the event, players will be able to take part in a new event called Spooky Slashers. This new mode sees players capturing zones to acquire a special boost that allows them to slay the demons around the map. Be careful though, as players can also kill each other to steal boost.

As well as this new mode, new cosmetic rewards are on offer, including a new weapon set for each character and the following:

Finally, two Illustrious Outfits (Ghoulish Fate and Lycan) are available for 20,000 Steel each alongside an Execution for each Hero for 10,000 Steel each.