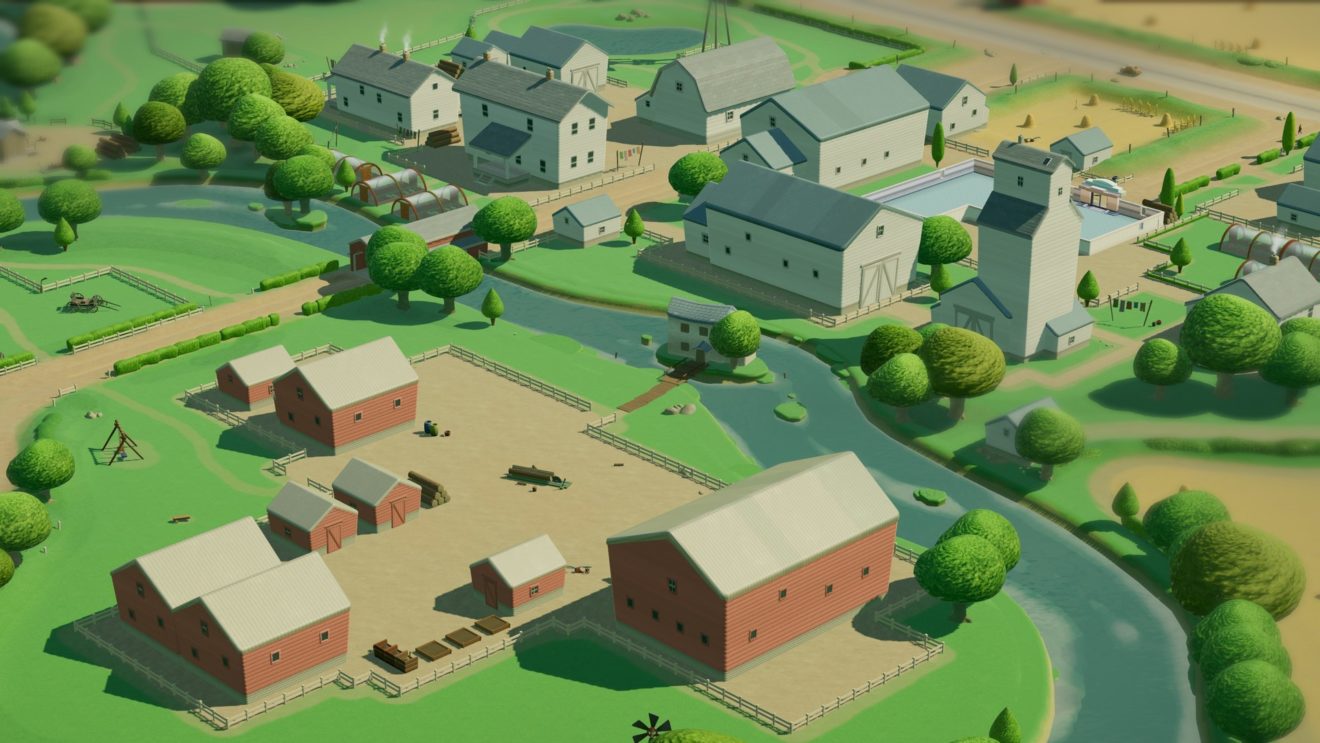 Two Point Studios has announced Off the Grid, the next expansion for its hospital management game Two Point Hospital.

“Tabitha Windsock, Two Point County’s every-present mayor, has put rivers and forests back on the map with her sudden concern for ‘green-issues’. She’s got morals, integrity and, above all else, a cloying desperation to stay in office,” the developer writes.

“That’s right, voter research has repeatedly suggested that the environment is the No. 1 issue on everyone’s mind, here in Two Point County, and Ms Windsock is more than willing to fall on the sword of extensive positive press by founding the Department of Green Things.”

Off the Grid will let players set up hospitals in three new areas of Two Point County. First up is Wanderoff County Park where Holistix has decided to set up a nature commune. Funding at this new hospital will depend on how well players are doing on the company’s “Wellness Index.” Instead of being rewarded for treating patients, the Wellness Index measures success based on staff and patient happiness, hospital attractiveness, hygiene, reputation, and cure rate.

Next up is Old Newpoint, the original settlement of the current Two Point County. Residents in Old Newpoint use herbal medicine and horticulture so players will need to grow their own fruit and vegetables and collect rainwater to keep patients fed and watered. Players can also use the new medicinal Herb Gardens to treat certain illnesses.

New areas also mean new illnesses for players to deal with. A total of 35 new illnesses are being introduced in the expansion, including Harebrained, Green Fingers, Perforated Thoughts, and Bodily Druids.