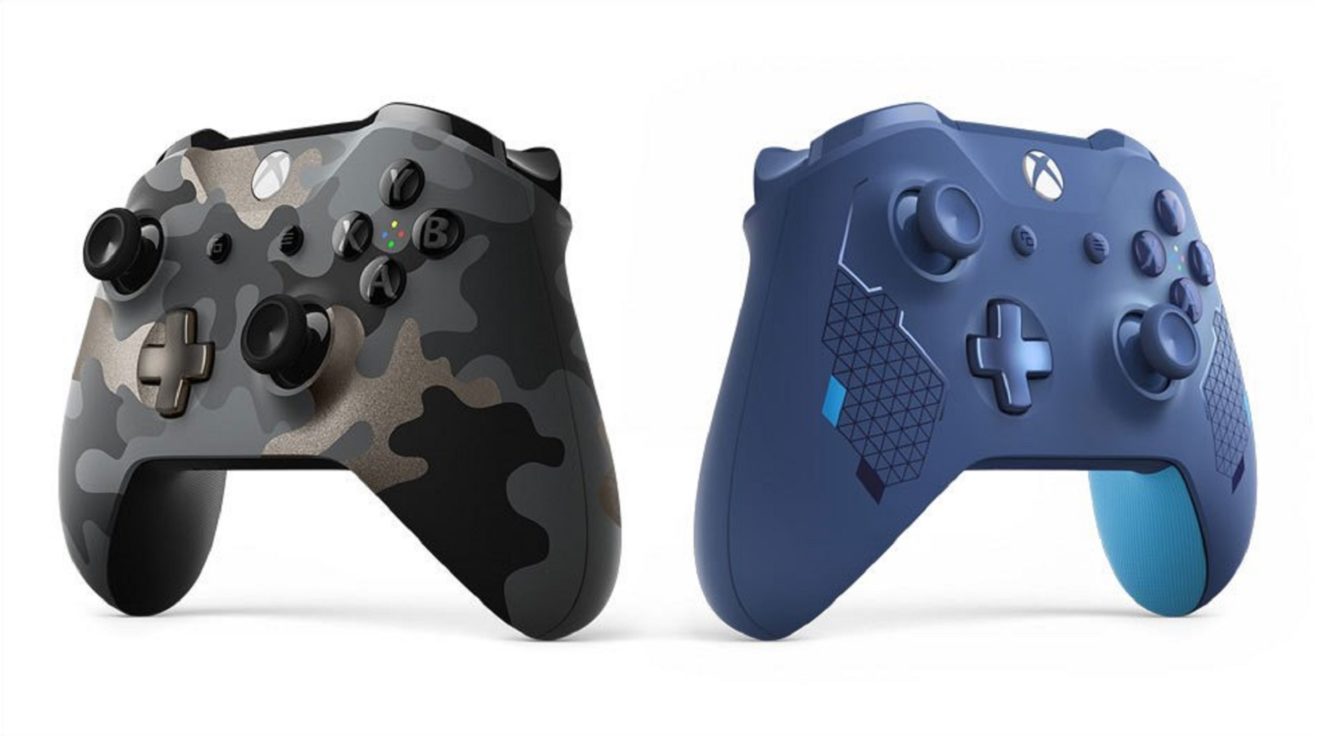 Microsoft unveiled two new Xbox One controller designs during its latest episode of Inside Xbox.

Joining it is the Night Ops Camo Special Edition, which is the first a new series of controllers and features “a rugged and urban street vibe” with “a metallic gold D-Pad and etched trigger grip.” This special edition controller will be available from October 8th for $69.99.