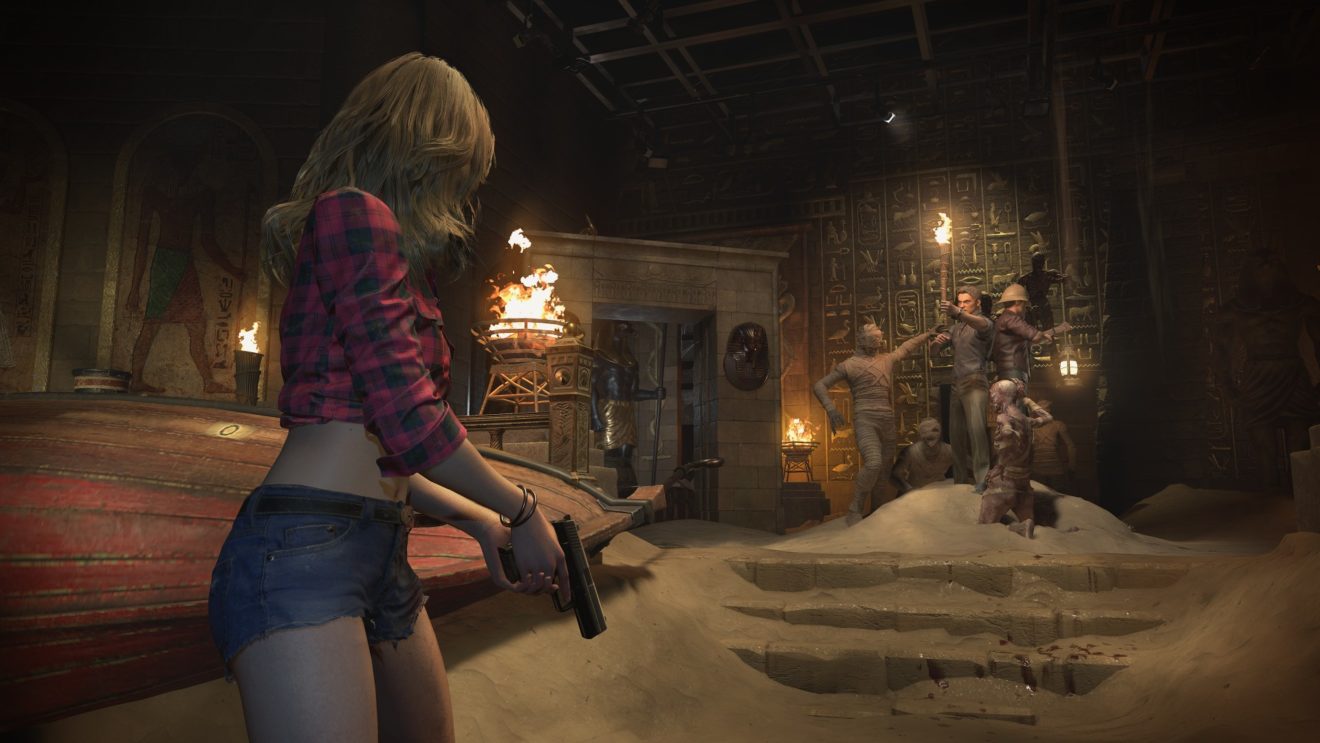 Capcom has revealed that Alex Wesker and Ozwell Spencer will be joining the previously revealed Daniel Fabron and Annette Birkin as playable Masterminds in Resident Evil Resistance.

Alex Wesker appeared in Resident Evil Revelation 2 and has a greater emphasis on traps than the other Masterminds in Resistance. Alex can slow down survivors and manipulate the layout of the map by placing down roadblocks and call upon the bioweapon Yateveo.

“Considering the way Alex is portrayed in-lore and in Resident Evil Revelations 2, it only made sense to include her as a Mastermind. She was the first character we thought of when coming up with Masterminds,” producer Peter Fabiano wrote on the PlayStation Blog. “In fact, in Revelations 2, she conducted her own experiments where she taunted her subjects over loudspeakers in a similar vein to the Masterminds in Resistance, making her a perfect fit.”

Joining Alex Wesker is Umbrella Corporation co-founder Ozwell E. Spencer. Unlike other Masterminds, Ozwell does not have access to a bioweapon and instead deploys a Disintegration Field that will severely damage any survivors who pass through it.

“Ozwell has been a shadowy antagonist throughout most of the Resident Evil series, so we thought it would be fun to bring the father of all bioweapons and Umbrella itself to the forefront,” Fabiano added. “We didn’t really see him before Resident Evil 5, and this gave us a chance to have some fun and make him a playable character – even if he’s only playable via the Mastermind’s cameras.”

Finally, Capcom announced two new maps that will be included in the game: Casino, which features still-operating slot machines, and Abandoned Park, a horror-themed park located on the outskirts of Raccoon City.

Resident Evil Resistance will be included with Resident Evil 3 when it launches for Xbox One, PlayStation 4, and PC on April 3rd, 2020.