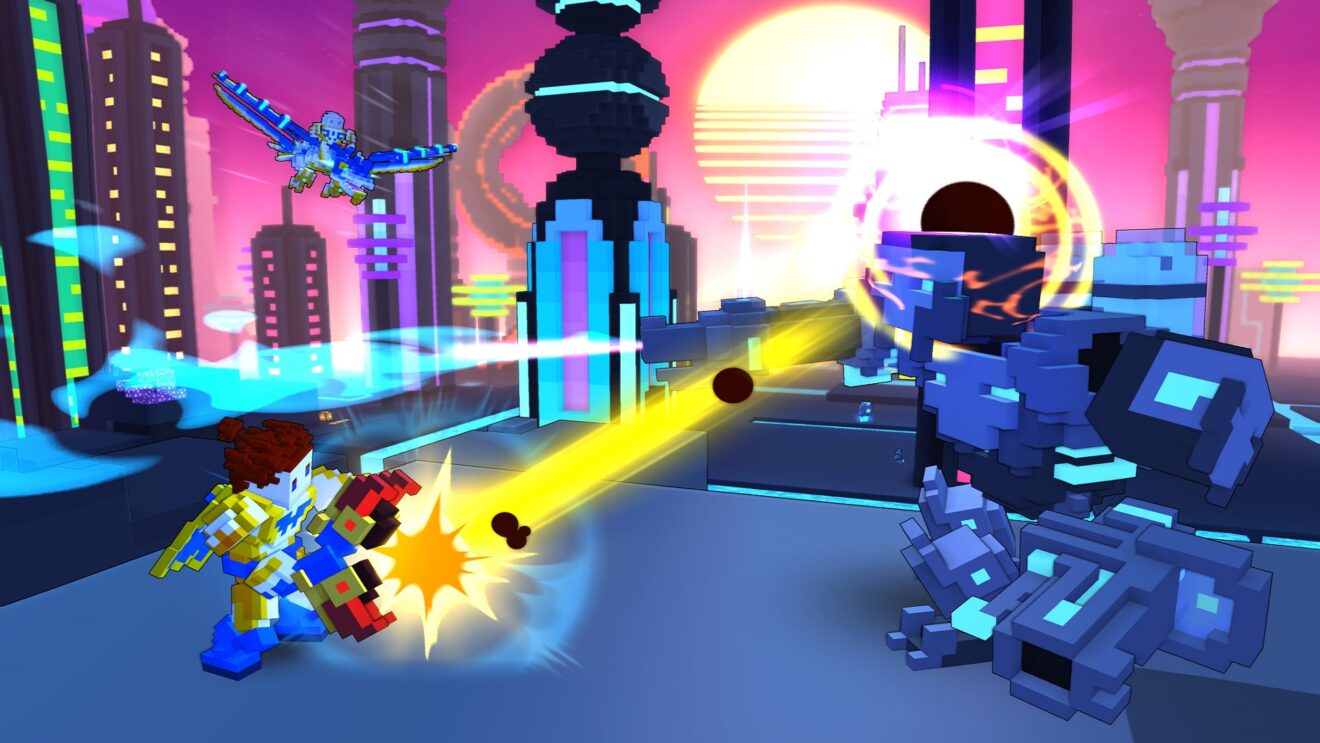 A new update is now available for the PlayStation 4 and Xbox One versions of voxel-based MMO Trove that adds a new class and biome to the game.

The highlight of the Sunrise update is the new Solarion class, which uses a combination of a bow for long-range attacks and a pet phoenix for melee attacks to take out enemies. When the Solarion’s phoenix is defeated, a self-healing egg will spawn and explode once its max health is reached to reveal a new phoenix.

Also included in this update is a new biome called the Sundered Lands. Players must have progressed to at least Uber-1 Adventure Worlds to find the biome, but it mainly appears in Uber-7 Adventure Worlds. The biome is “filled with many challenges as the Irradiant Sky Giants continue to build and expand land stolen from below, tipping the balance of power in their favor,” according to developer Gamigo.

Completing the Sunrise update is Season 3 of Bomber Royale and a new passive and ultimate ability for the Shadow Hunter class.

Trove is available now on PlayStation 4, Xbox One, Nintendo Switch, and PC.