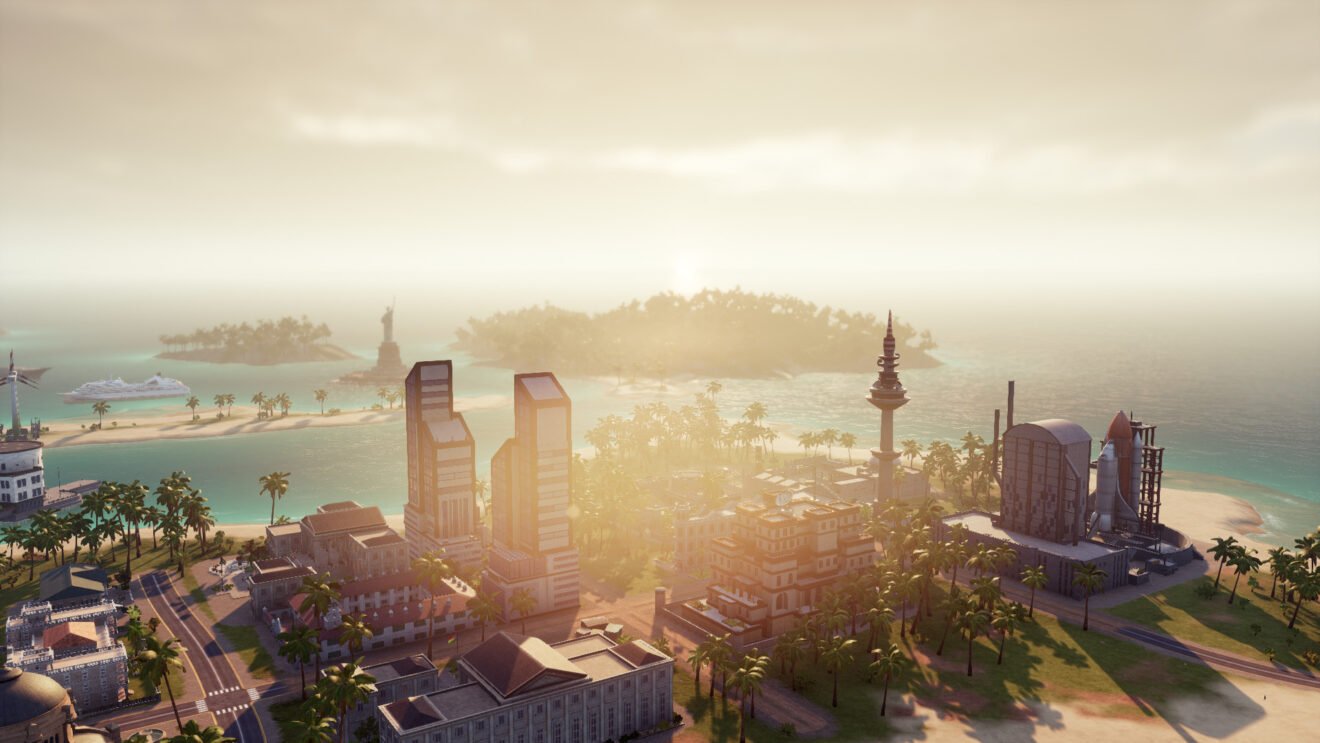 A new update is now available for Tropico 6 that introduces two buildings for players to add to their islands.

Following the update, players will have access to the Secure Mansion and Overwatchtower buildings. The former “provides a new living space for rich and filthy rich Tropicans (including its own bunker)” and can be upgraded with “Increase Surveillance” that gives it “a chance to uncover hidden roles of passing Tropicans.”

The latter is an improved and modernized version of the World War Watchtower and can “uncover hidden roles of specific agents with a high chance or all hidden roles of passing Tropicans with a lower chance.”

Additionally, a number of bugs have been fixed, including the “Make Party not war” Festival vanishing, the “Right to Arms” Edict not changing affected values correctly, and more. Take a look at the full patch notes below:

Tropico 6 is available now on PlayStation 4, Xbox One, Nintendo Switch, and Windows PC. A PlayStation 5 and Xbox Series X/S upgrade for the game is set to release on March 31st, 2022.