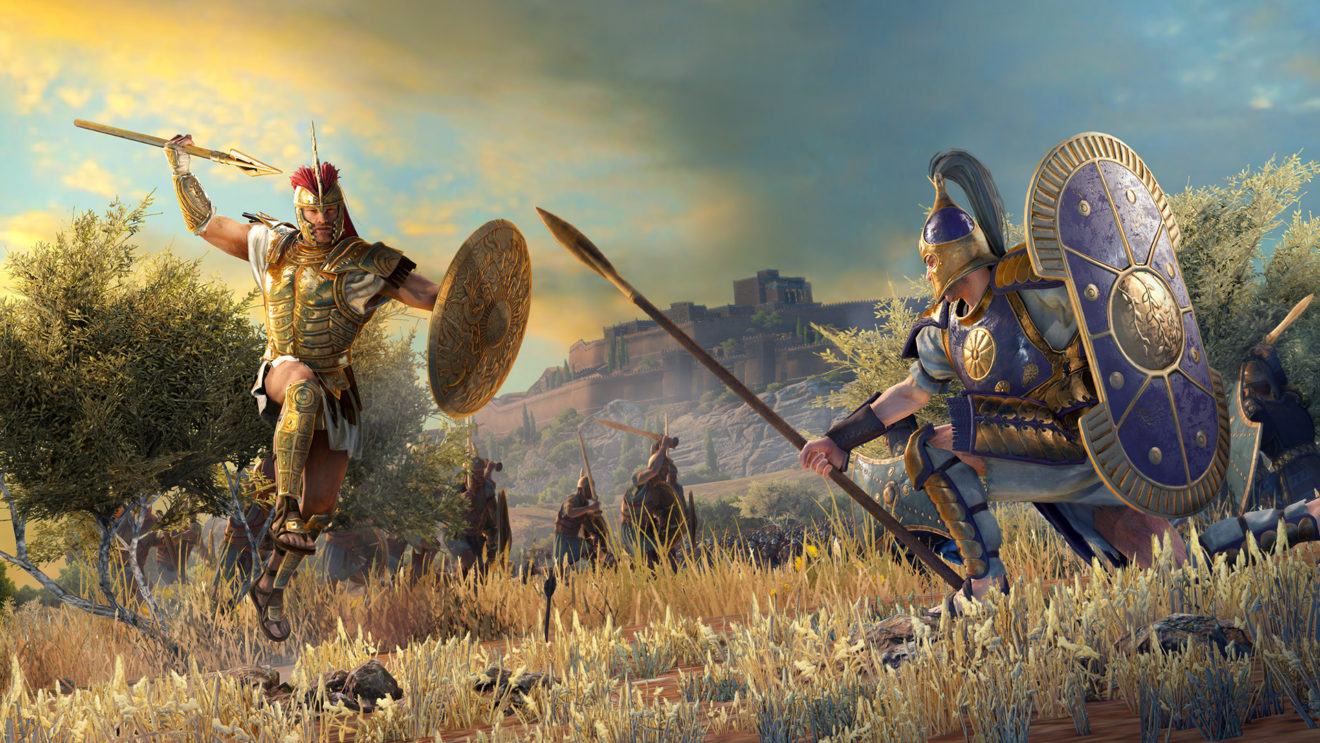 Sega and Creative Assembly have announced that Total War Saga: Troy will be coming to PC next year.

This latest entry in the spinoff series is inspired by Homer’s Iliad and focuses on the war between the kingdoms of Troy and Mycenaean Greece. Players will get to experience the war from both sides as legendary warriors such as Achilles and Hector and must “curry the very favor of the Gods themselves.”

“Experience the events surrounding the era-defining Trojan War, brought to life as never before. Realize your legend as one of eight iconic heroes,” Creative Assembly adds. “Dive into a character-led narrative drama and overcome your antagonists. Build your empire through strategy, statecraft, diplomacy and all-out war, as you conquer this vast and striking recreation of the Bronze Age Mediterranean.”

The Total War Saga series made its debut in 2017 with the release of Total War Saga: Thrones of Brittania. Saga games are standalone spinoffs from the main Total War series that focus on pivotal moments in history, instead of entire eras.