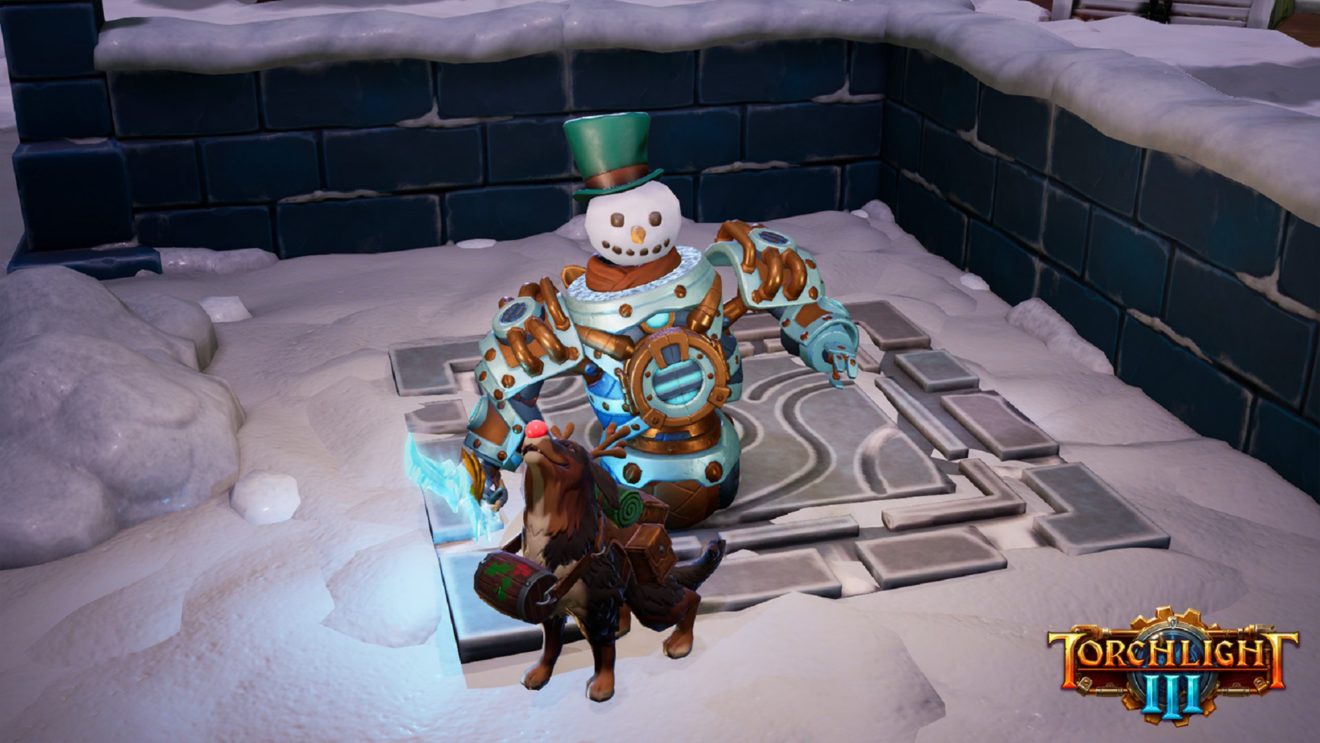 To start with, this update introduces the new limited-time Snow & Steam Contract. By completing this contract, players can obtain a number of winter-themed pets and fort decorations, including an Ugly Sweater Cat variant and snow-based decorations.

There’s also a rework for the Forged class included in this update that includes new HUD elements and skill changes. Following the update, Forged uses a new resource called Steam that raises movement speed and can be spent on attacks and skills.

“After reviewing feedback in Discord and our internal metrics, it was pretty clear that Forged was our least popular character,” Torchlight III Game Designer Michael May explained.  “All the feedback, alongside our player data, painted a picture that showed us that the Forged low level skills felt solid, but the secondary higher level skills were lackluster.

“Skills like Slug Shot, Uppercut, and the ‘half venters’ didn’t have a strong place in the Forged’s overall kit like we had hoped, and players often just use a Heat builder, a Vent skill (possibly both), and fill the rest with Relic skills.”

In addition to the above, players can now obtain eleven new legendary items and a legendary armor set, and also change up their look using the new Style Station. Read the full patch notes here.

Torchlight III is available now on Xbox One, PlayStation 4, Nintendo Switch, and PC.