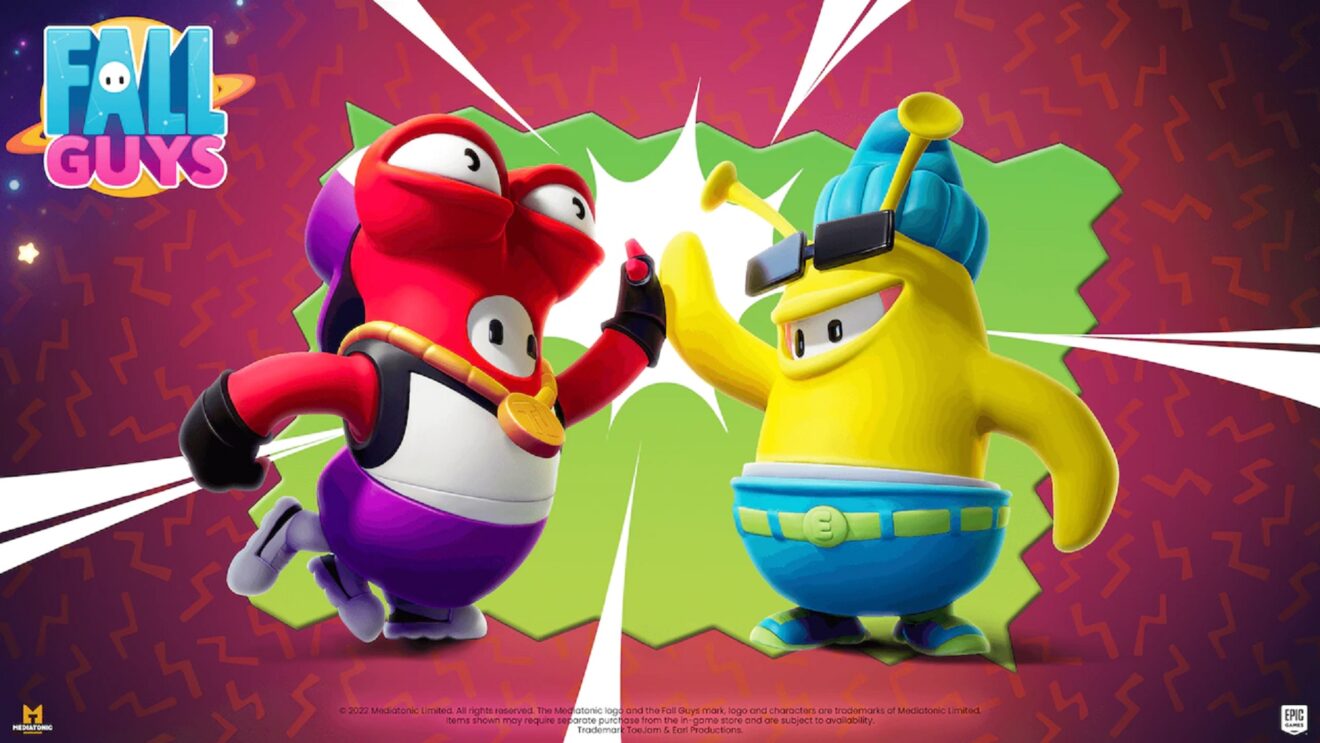 ToeJam and Earl enter the Blunderdome in Fall Guys

Mediatonic has brought the 90s to Fall Guys with the release of two new costumes.

For a limited time, players can head to the Fall Guys Store and purchase the ToeJam or Earl costumes for 800 Showbucks each. There’s also the option to pick up both costumes as part of a bundle at a discount.

In other news, ToeJam & Earl: Back in the Groove is free to download and keep from the Epic Games Store until October 20th.