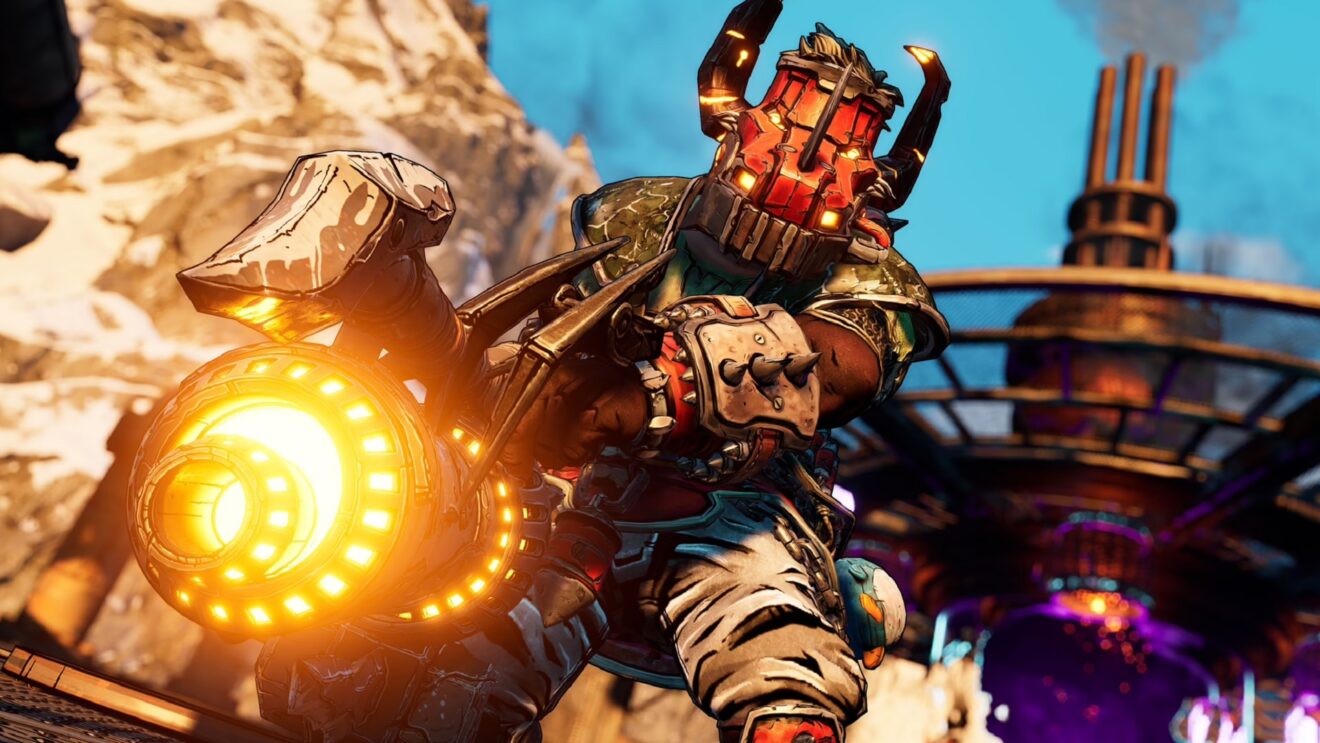 Gearbox Software has revealed that Tiny Tina’s Wonderlands‘ third DLC is coming to the game on June 23rd.

The third Mirror of Mystery will see players heading into Fyodor the Soul Warden’s mountain stronghold. Battle against “terror-powered turrets, blazing furnaces, and bone-crushing hammers” on the way to the boss.

As with previous DLCs, Molten Mirrors will feature three consecutive weeks of tougher battles against Fyodor after launch. With each increase in difficulty, new Legendary gear will be added to the loot table as well as to the possible rewards from Vesper’s Wheel of Fate.

“If you can successfully complete Molten Mirrors at least once, four unique level layouts and the Fyodor boss fight will be added to the pool of Chaos Chamber possibilities for even more endgame dungeon variety,” the developer adds.

Molten Mirrors is included in the Chaotic Great Edition of the game and the Season Pass.