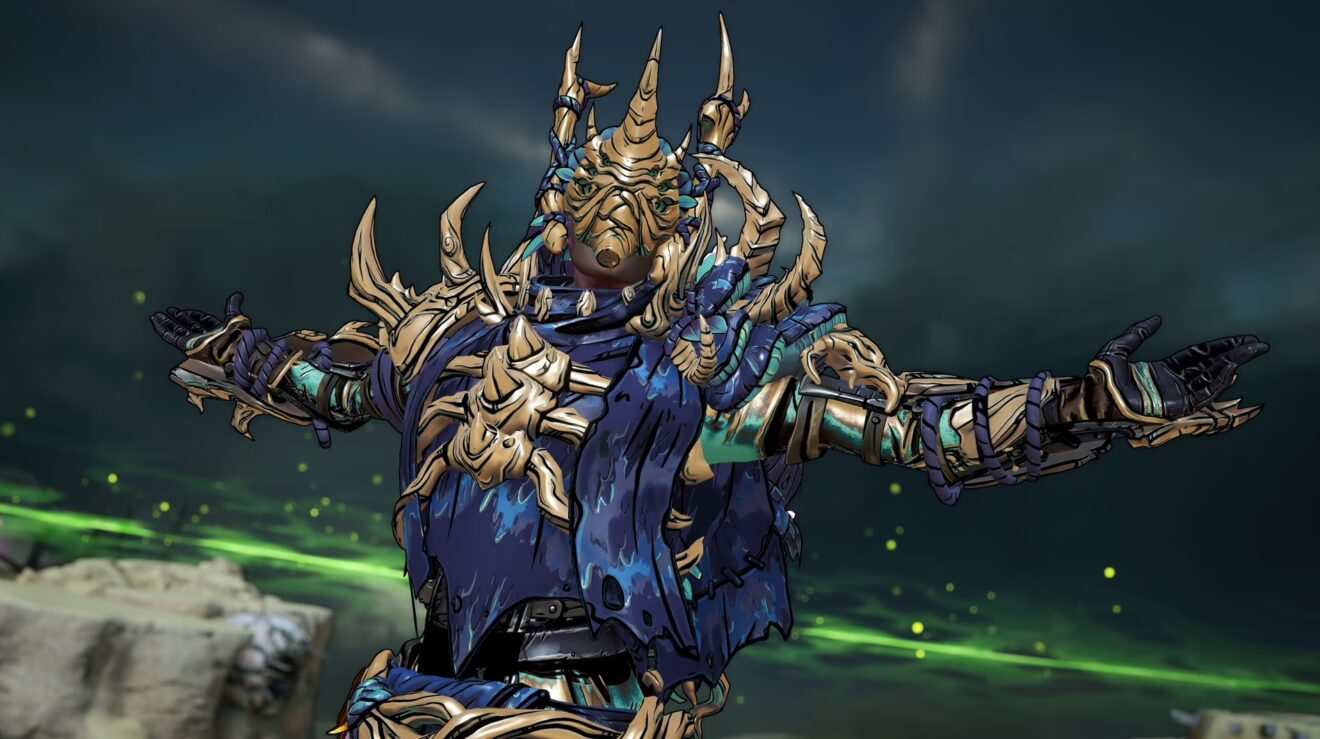 The highlight of this latest expansion is the introduction of the new Blightcaller class. Blightcallers focus on “suffocating foes in tempests of poisonous Plaguestorms and summoning vengeful spirits from their Bog Totem turret,” according to developer Gearbox Software. Players can access this class by creating a new character or slotting it as a secondary class choice.

Players also get some new customization options for their character, including a new voice option and four new backstories: Nerfed by the Bunkermaster, Clownblood, Apprentice Barnacle Scraper, and Street Urchin Success Story.

The final part of this DLC is the fourth Mirror of Mystery and a battle against Redmourne the Trivern. Head to Dreamveil Overlook to take on this fight.

“Taking Redmourne out of the sky will be easier said than done. Even if you manage to avoid getting chomped by his multiple mouths—including a toothy maw on his chest that’s perpetually twisted into a tortured grimace—you’re still in danger of being thrashed by his tail, claws, and wings, or blasted by his multiple types of elemental breath,” the developer adds. “Redmourne may only have one head when you first encounter him, but more will spring forth in his subsequent forms in order to roast, zap, and generally obliterate you.”

As with previous DLC fights, for three consecutive weeks after launch, Redmourne will get a powerup. These tougher battles offer new legendary rewards to earn as well as new rewards from Vesper’s Wheel of Fate.