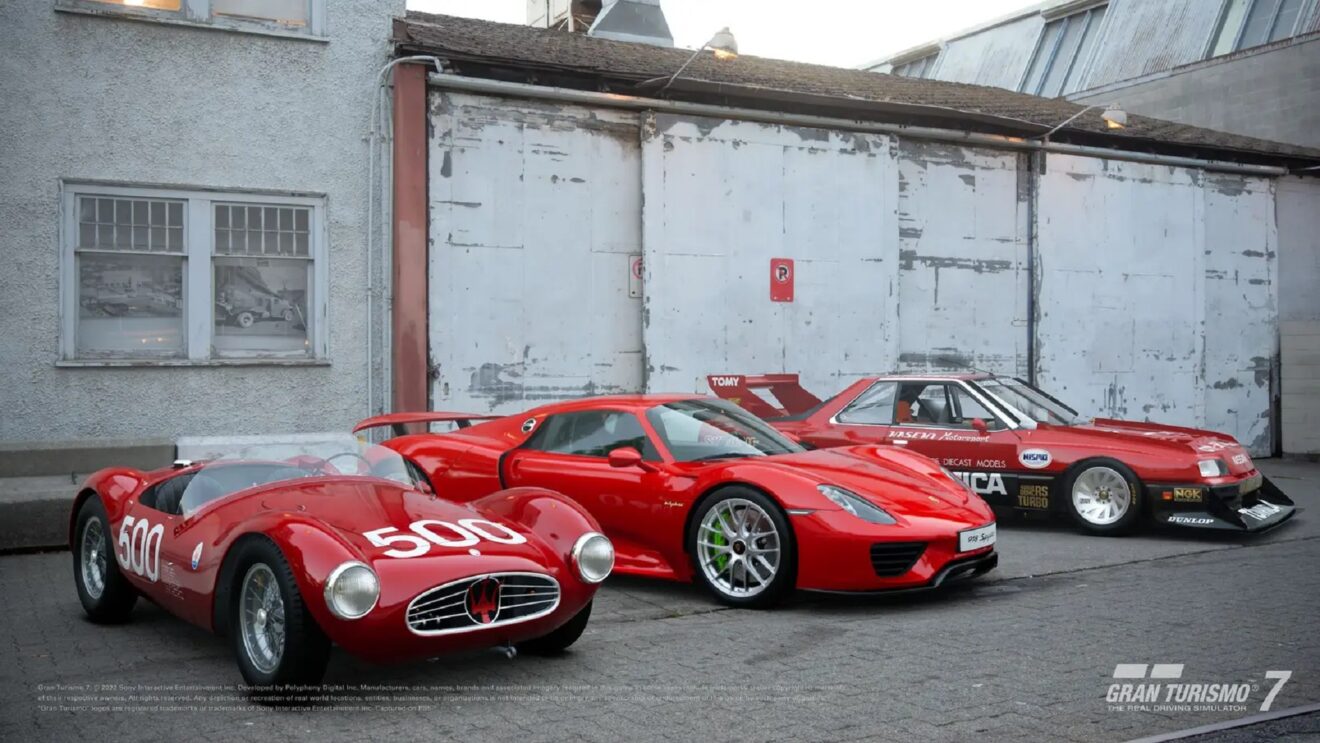 Polyphony Digital has announced that a new update is launching for Gran Turismo 7 later today that comes with some new vehicles.

After installing the update, players can purchase the Porsche 918 Spyder ’13, Nissan Skyline Super Silhouette Group 5 ’84, and Maserati A6GCS/53 Spyder ’54, which won the Gran Turismo Trophy. Get a quick look at all three in the trailer below:

In addition to the vehicles, “Shikoku” and “Tomica Town” are now in the featured Curations in Scapes.