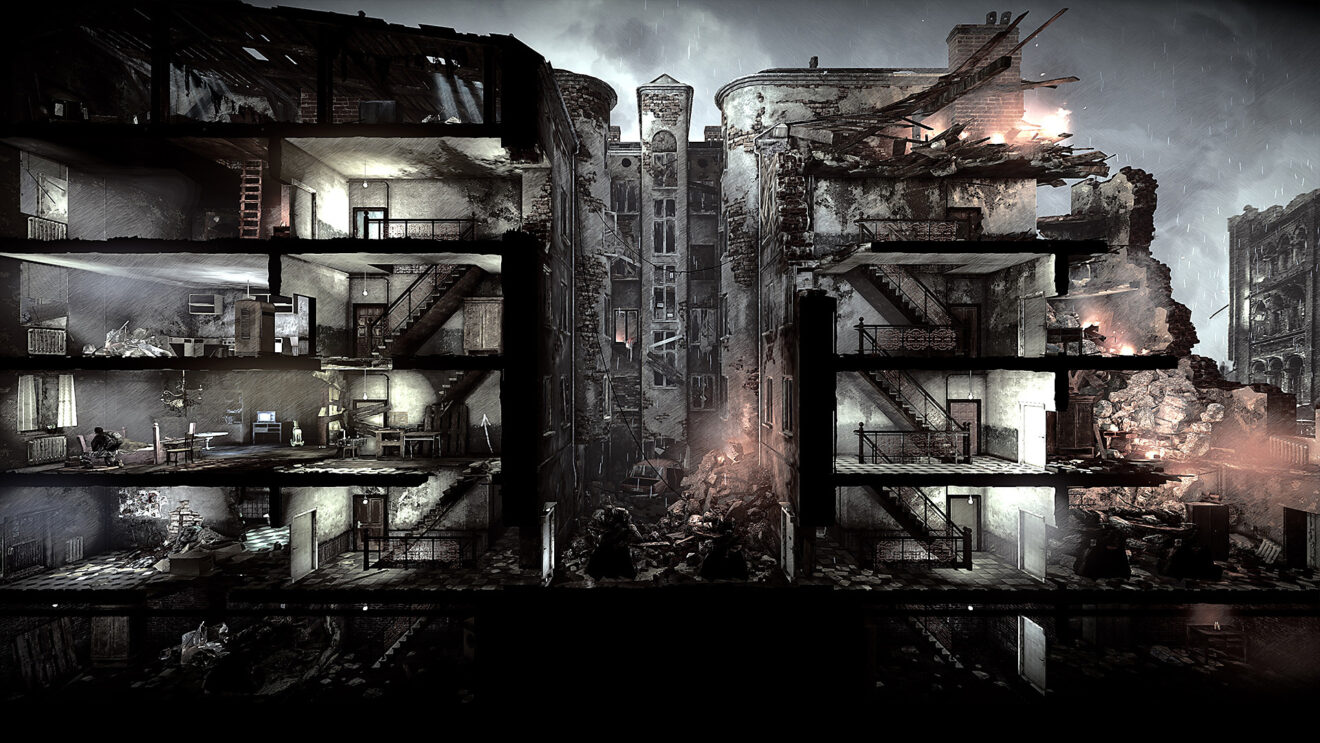 This War of Mine: Final Cut is coming to PS5 and Xbox Series X/S next month

The Final Cut release of This War is Mine is coming to PlayStation 5 and Xbox Series X/S on May 10th, 11 bit Studios has announced.

This remastered version of the game features 4K visuals and UI adjustments as well as all the updates and free expansions released for the original. In addition, The Final Cut includes all of the locations from the base game and This War of Mine: Stories, a new classic scenario, new quests and events, and a brand-new character.

“The message and themes existing inside of This War of Mine have, unfortunately, become brutally vivid and relevant in recent months. We believe it’s especially important to educate people on the realities of war right now, while its horrifying reality has become a daily struggle for people that are close to us,” Przemek Marszal, 11 bit Studios CEO, said. “We’re proud that recent This War of Mine fundraising helped us create a wave of spontaneous help for war victims in Ukraine, and we hope we can further spread our antiwar message with This War of Mine: Final Cut.”

This War of Mine: Final Cut launches May 10th for PlayStation 5 and Xbox Series X/S. The game will also be available through Xbox Game Pass from day one.